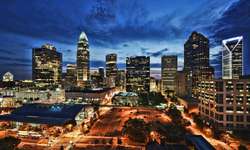 Raleigh is the capital of the state of North Carolina, located in the southern part of the United States. Although the city is small, it is one of the fastest growing cities in the United States. Unlike many cities in ths U.S., Raleigh was completely planned on a grid before the city was founded, and did not endure significant damange from the Civil War. The city is full of history and landmarks, and the best part is -- many of them are free! Raleigh was recently rating as one of the top places to live in the United States, with many new companies expanding around the city's surroundings, and being home to some of the top Universities in the country. 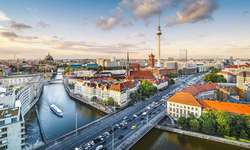 Berlin, Germany is a large city in Europe full of culture and world history. The city is home to millions, and growing everyday. For comparison, Berlin is nine times bigger than Paris, France! It is hard to be bored in a city with that much to explore! Enjoy Berlin's local German food, beer, and make sure to stop at one of the nearly 200 museums in the city. One of the nice things about visiting a European city like Berlin is that there is easy access to many other cities in Europe. You can take a weekend trip via train, bus, or plane to neighboring countries including Switzerland, Poland, Prague, and more. A fun time of year to visit Germany is during October when many cities host beer festivals. Fun fact: the annual Berlin Beer Festival is the longest in the world, running 2.2 kilometers! 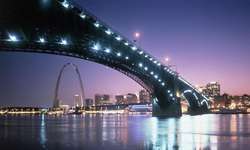 St. Louis is a city in the state of Missouri that lines the western bank of the Mississippi River. The city is small compared to many other popular United States tourist destinations, but definitely worth the trip if you are traveling the continental U.S.. If you have never heard of the city, it's likely you've heard of the city's most popular landmark -- the Gateway Arch. Or, you may have heard of one of St. Louis' professional sports teams, the St. Louis Cardinals and the St. Louis Blues. The Cardinals are known as one of the all-time best Major League Baseball teams in history. We would recommend if you are visiting St. Louis during baseball season to definitely check out a game! Besides sports, there are many other famous attractions in the city including restaurants, bars, and historic momuments and museums. 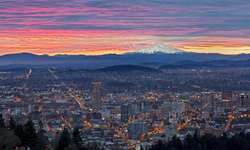 Portland, Oregon was ranked in the top 10 best cities to visit in the United States. The people who live there like to live by the motto, "Keep Portland Weird". Portland is one of the rare cities in the United States that has a great downtown area, full of restaurants and bars, but is also home to some of the most breathtaking mountains, parks, and waterfalls. Portland is the unofficial beer capital of the world, so if you plan to visit make sure to sign up for a brewery tour. The city is known for being economically friendly and a great place for people with dietary restrictions like vegans and vegetarians! Nicknamed the "City of Roses" be sure to check out some of the 600 different types of roses that inhabit the city. 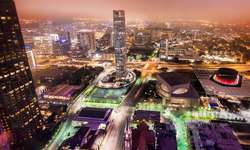 Dallas is a large city in state of Texas, known for being one of the fastest growing cities in the United States, and the largest metropolitan area in the South of the United States. The city played an important part in history as the center for oil and cotton industries, and is now a popular destination for those wanted to explore some southern food, sports, and entertainment. Dallas is known for its "Tex-Mex" cuisine, most popularly their tacos and margaritas. When you plan your visit, we recommend stopping by a food tour!