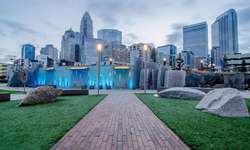 Charlotte, North Carolina is the largest city in the state and 17th largest in the country. The city was the epicenter for the Gold Rush, and is now a major financial hub, only second to New York City. The temperature has four seasons, with short cool winters and hot summers. Do not visit Charlotte with expectations to see any snow - this city has only had 4 white Christmas' since it was founded. However, if you are looking for a city booming with both business and history, Charlotte is the place to go. And if you're looking for food suggestions, the state of North Carolina is famous for its delicious BBQ. Charlotte is rumored to be the home of North Carolina’s first barbecue restaurant! 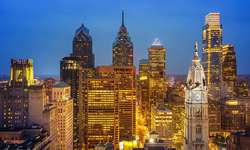 Philadelphia is a city in Pennsylvania, known for its major role in shaping America's history. Commonly known as Philly, the city is a great place to visit if you want to experience the history of our Founding Fathers, and try some delicious Philly Cheesesteaks. Philly is home to 67 National Landmarks! The city has all four major American sports teams, so if you're a fan, we definitely recommend going to a game during your time there. Not only that, but Philadelphia is also known for being home to some of the greatest collegiate institutions including the University of Pennsylvania. 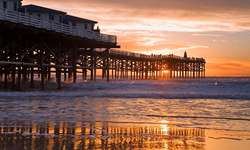 San Diego is a large city on the West Coast known for its perfect year-round climate and beautiful beaches. Unlike some cities, the weather does not change in different times of year, so feel free to visit during any season! Although, San Diego is known for being the city of Avocados, and planning a trip around the Avocado Festival would be a smart plan. More than just famous for avocados, San Diego is known for having very authentic and delicious Mexicana food. The city used to be part of Mexico but was gained by the United States after the Mexican-American war, and it now borders the country. The local craft brewing industry attracts many visitors, and San Diego can be referred to as "America's Craft Beer Capital". 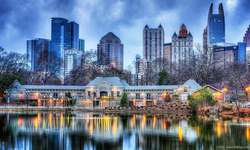 Atlanta, Georgia was founded as a transportation hub in the mid-1800s. The city was burned down almost completely during the American Civil War, and since then has been rebuilt to still be today a transport hub, now mainly for air travel. Atlanta is one of the top 10 tourist destinations in the United States, attracting 35+ million visitors per year. The city has so many amazing spots to visit -- including museums full of rich history and various outdoor attractions. When planning your trip, you might want to research when Atlanta is having one of their many festivals so you can get the chance to attend. 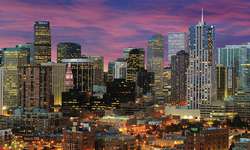 Denver is the capital of Colorado, nicknamed the Mile High City because its elevation is exactly one mile above sea level. The city is the most populous city in the state and was ranked the number one city to live in the United States in 2016. If you don't feel like moving out west, Denver is also a great city to visit! The city is surrounded by mountains, and has a wonderful view. The downtown area of Denver is in the top 10 largest downtown areas in America and is known to be an easy area to walk around and explore. Whether you are looking for a relaxing weekend away in the mountains, or a rowdy weekend watching some football and drinking a beer, you will be satisfied visiting this amazing city!