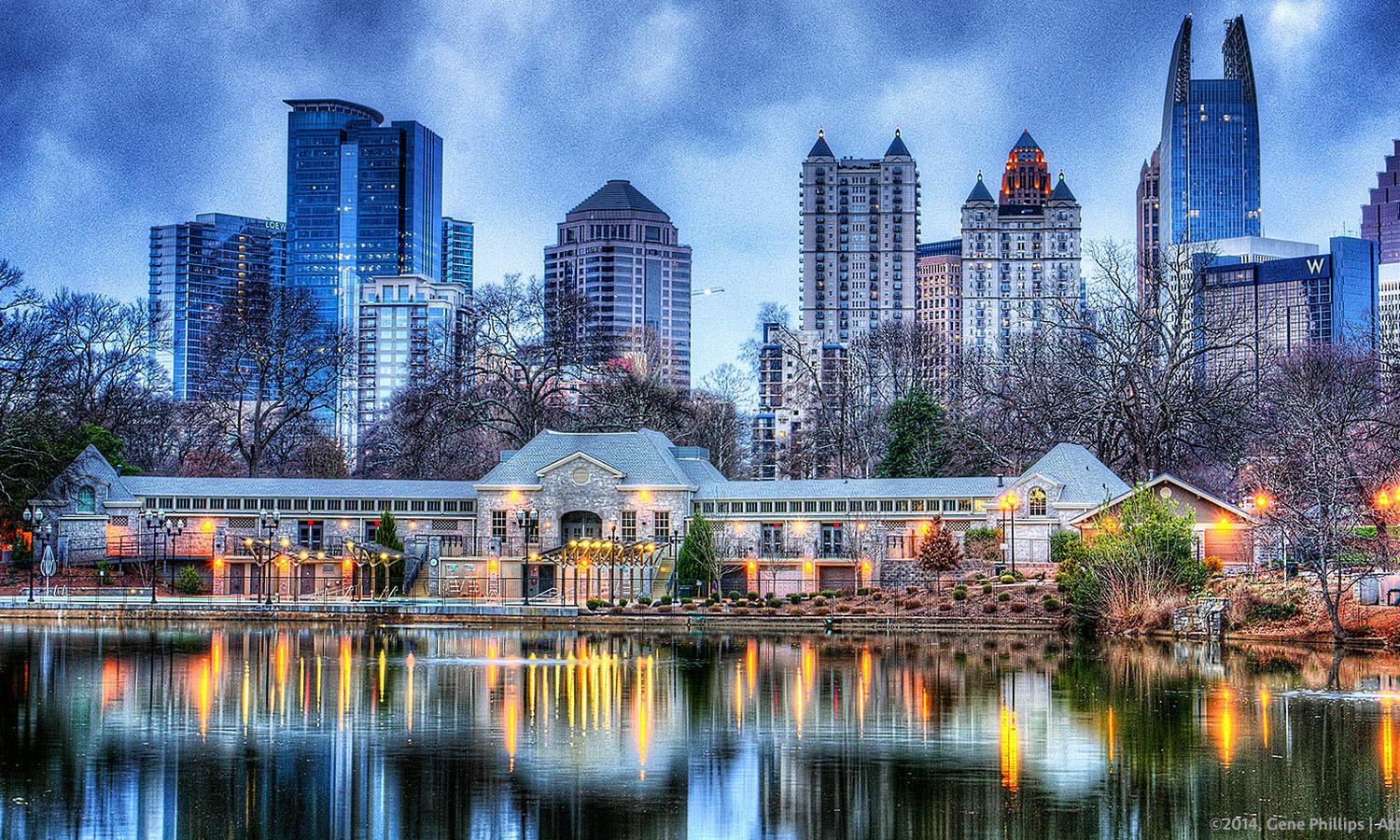 Atlanta, Georgia was founded as a transportation hub in the mid-1800s. The city was burned down almost completely during the American Civil War, and since then has been rebuilt to still be today a transport hub, now mainly for air travel. Atlanta is one of the top 10 tourist destinations in the United States, attracting 35+ million visitors per year. The city has so many amazing spots to visit -- including museums full of rich history and various outdoor attractions. When planning your trip, you might want to research when Atlanta is having one of their many festivals so you can get the chance to attend.

Nicknames: "the city in a forest"

Atlanta is one of the best places to visit in the United States. It is a central hub for travel, so even if you are going somewhere else, you should stop along the way! The city has one of the world's largest shopping centers, and is full of great museums and landmarks. Our favorite spot in Atlanta is the acquarium.

Not only is it our favorite, but it is also the most popular destination in the city. The Georgia Acquarium is the largest indoor acquarium in the world! The Acquarium has sharks, dolphins, and more than 100,000 marine animals! It is definitely a popular spot, so if you choose to visit we recommend purchasing admission online ahead of time to avoid waiting in line. It's been known to have pretty expensive food and drinks, so before you go you might want to check out one of the popular food places in the area listed below.

Atlanta was the only city in North American destroyed as an act of war.

Atlanta resident Margaret Mitchell wrote Gone with the Wind, and you can visit the house she wrote in!

There are more than 55 streets in Atlanta that contain the word "Peachtree."

The Varsity is the world's largest drive-in fast food restaurant.