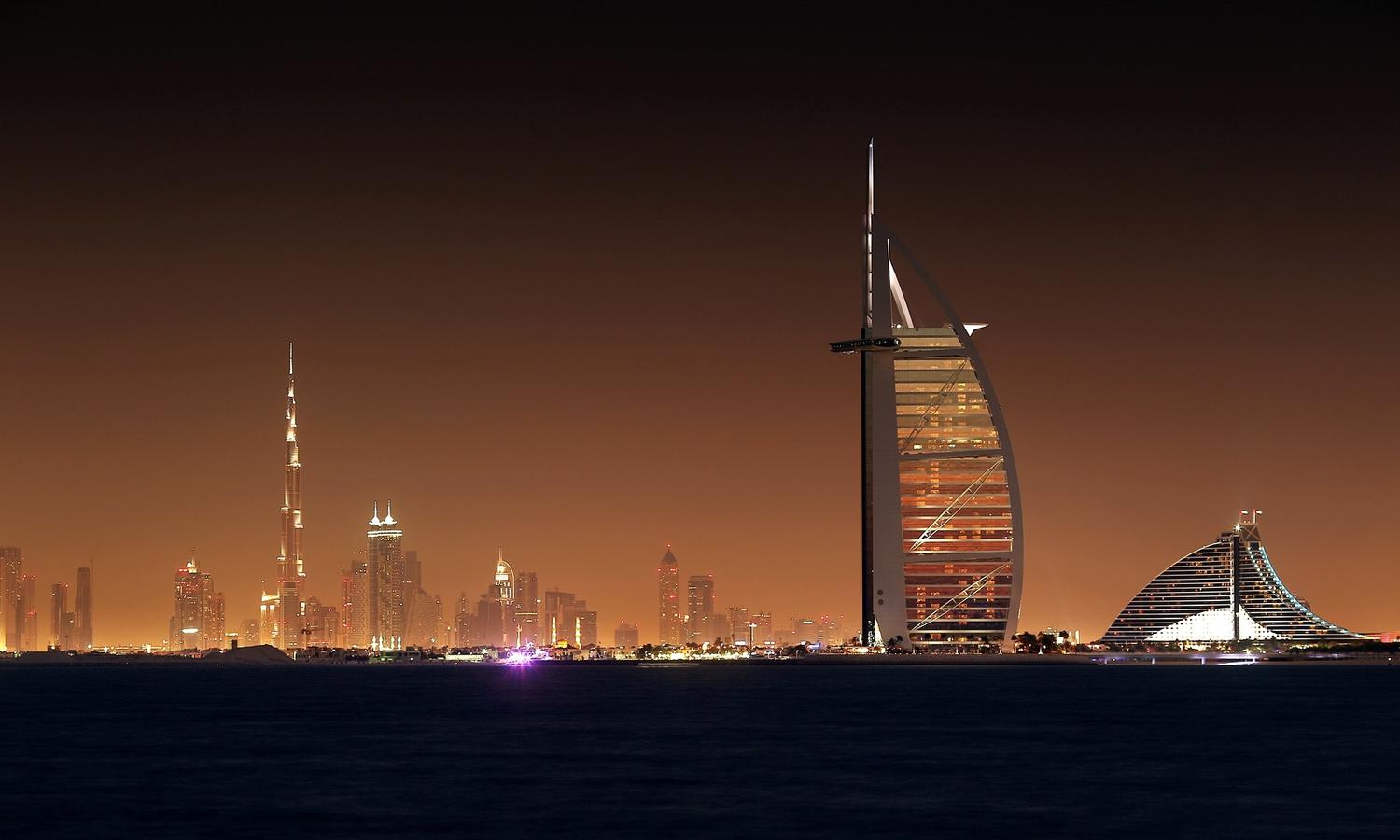 "Discover all that is possible."

Dubai is a city of the future. The rapid growth and development in Dubai over the last 20 years puts this city at the top of the list for fastest growing cities in the world. Due to Dubai's recent growth, the city is largely modern and the architecture used to create the many Dubai skyscrapers is both perplexing and awe-inspiring. While there is lots to do in Dubai, one thing we suggest is simply touring around on one of their double decker buses. Trust us, the modern appeal of this desert cities skyline is best seen while relaxing on an air-conditioned bus!

Once you have seen the cities skyline and marveled at the futuristic feel of Dubai, check out some of the attractions we have listed for you below and make sure to read up on navigating Dubai as there are lots of wonderful transportation methods.

Independent Since: December 2nd, 1971 (from The United Kingdom)

Use our Dubai Airport RideGuru to estimate your ride!

What's the Deal with Uber in Dubai?

Dubai is one of the few last places where taxis are still cheaper than Uber and more abundant. In fact Dubai is one of the best places in the world to "splurge" on a taxi if you are on a tight budget. Due to low gasoline prices and highly regulated taxi cabs, you can take a 15 minute taxi ride for only around 25 dirhim (6-7 USD).

The Uber situation in Dubai is slightly different, they do not have their standard low cost Uber X or Uber Pop available in Dubai but they do have Uber Select and Uber Black. These options will be slightly more expensive than a taxi (though still relatively cheap!). The catch, however, is that an Uber Select or Uber Black car will be nicer than the taxi. If you want to spend a few extra bucks and care about the make and model of the car then Uber is a good deal for you in Dubai. Just remember that if you plan to use Uber in Dubai, call your credit card company that you have on file with Uber ahead of time to let them know you will be out of the country! 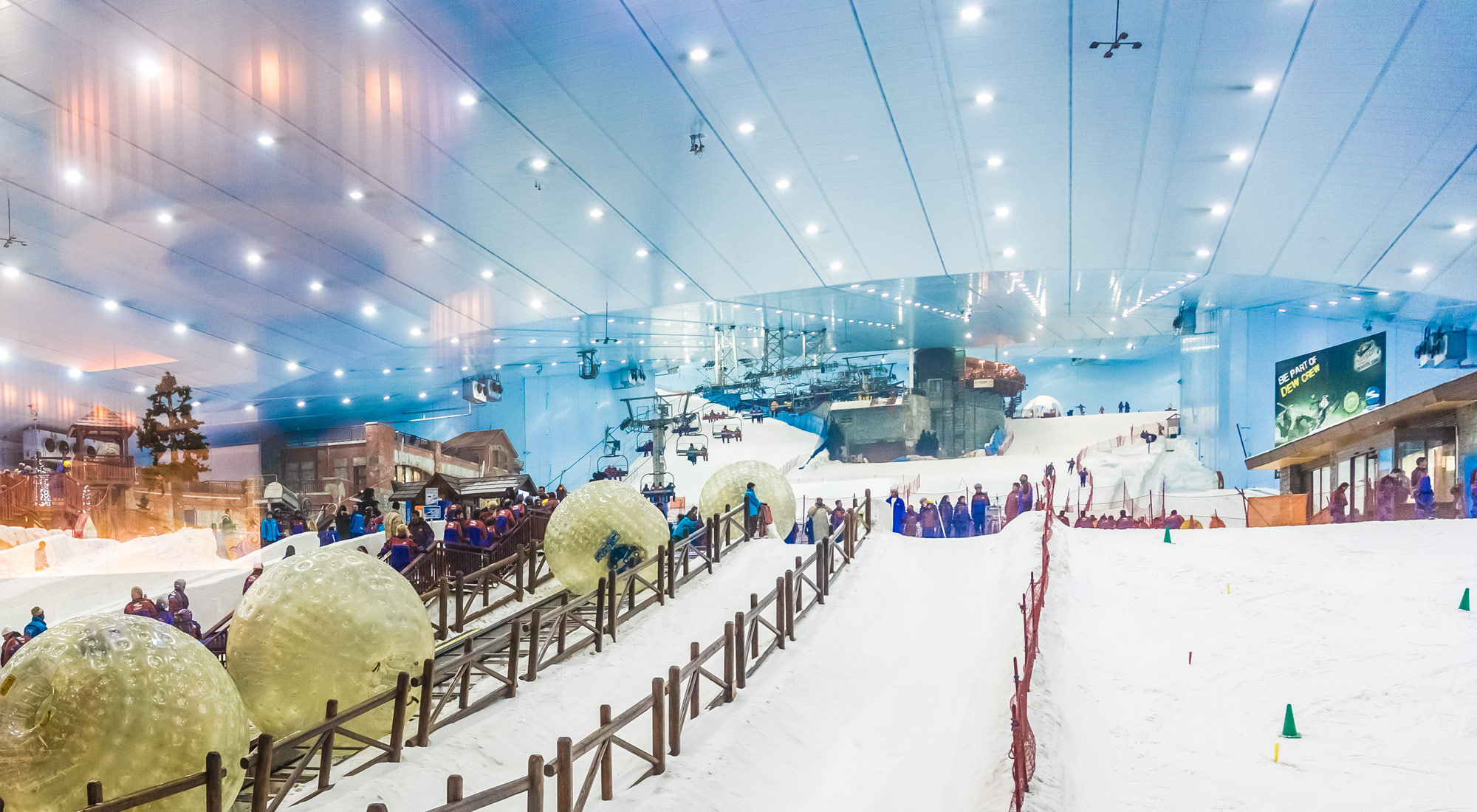 Once you have seen the city skyline from afar (or the bus as we recommend above!), we recommend checking out the following:

The Burj Khalifa. Your only chance to stand on top of the world's tallest tower.

The Old Souks. Souks or marketplaces an amazing spot to soak up the culture of Dubai. Haggle for spices, clothing, or even gold!

The Marina. A wonderful boardwalk area filled with entertainment and lively activity. Walk along the beach and pop in and out of the many store fronts.

The Dubai Mall and the Mall of the Emirates. Both of these mall are incredible not only in their vast selection of stores but also in their tourist attractions. Dubai loves to show off and complete feats that have never been down before, part of this includes creating attractions in their malls that you would never expect to find such as ski slopes and ice skating rinks!

The Arabian Desert. While not technically in the city of Dubai, if you have the time we highly recommend taking a tour out into the desert where you will have a chance to meet some camels, try riding the dunes, and catch an authentic belly dancing show.

While we love taxis and rideshares at RideGuru, we can't help but mention Dubais metro! If you are looking for a very inexpensive and clean way to travel through Dubai then the metro is your best friend. The Dubai Metro is a full automated, driverless rail network that runs above ground. All trains and stations are air-conditioned and in tip top shape. The metro is extensive enough to get you anywhere you need to go, in fact the Dubai metro was the world's longest fully automated transportation system until December 2016 when Vancouver surpassed their system with their SkyTrain.

One important thing to note with the metro, however, is that there are womens only cars that will be designated by a "womens only" sign on the loading dock as well as pink signs in the interior. It is against the law for a male to enter one of these cars!

Dubai is home to the tallest building in the world, The Burj Khalifa, and it stands at 164 stories tall!

Dubai's locals or Emiratis, only consist of 15% of the total population of Dubai! The majority of the population is split between Indian, Bangladesh, Pakistan and various European countries.

With over 1,200 stores, the Dubai Mall is the largest shopping center in the world.

Not only are Dubai's malls huge, they include things like indoor ski mountains, multiple story aquariums, and ice skating rinks!

Surprisingly, oil sales only make up 6% of Dubai’s economy.The local economy is actually mainly based on real estate and tourism.

24% of all cranes operating on the planet can be found in Dubai. The city really is growing that fast!

Look to the future! Dubai is planning to build a city within a city. This climate controlled "city", which is slated to be 4.45 km2 with air-conditioned sidewalks connecting buildings together, allows you to fully live you life without ever having to go outside in the heat.