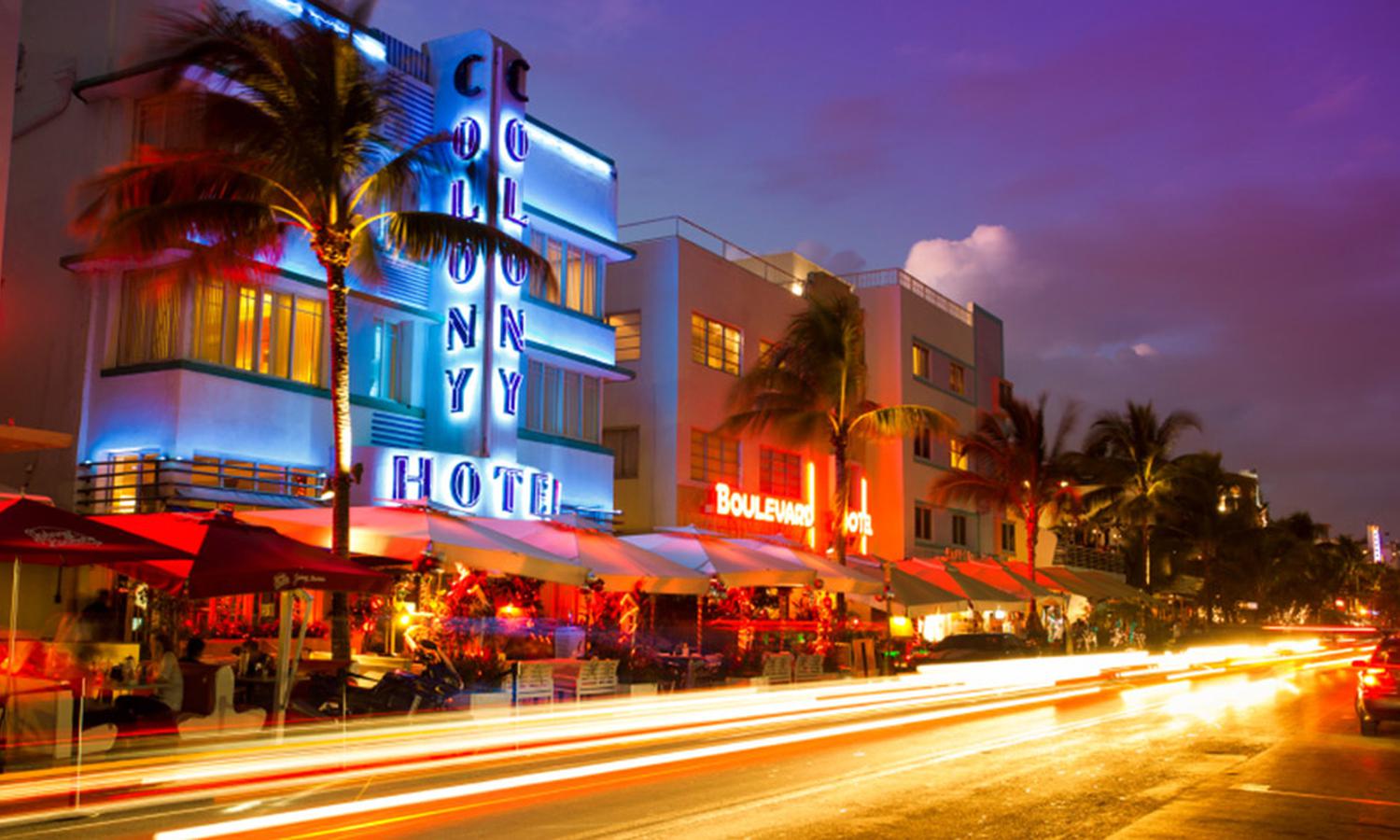 These are just a few things that pop into mind when the city of Miami is mentioned. Full of activity and entertainment, this fast paced city truly has a little something for everyone. Foodies flock to Little Havana to get a taste of it's famous Cuban food and coffee. Sunbathers can be found relaxing on South Beach and taking in the view.  And partiers will shut down the city at dozens of VIP clubs perhaps with a few celbrities in attendance. Miami is a city of diversity and tourists will have no trouble finding their own little peice of paradise, that is if you can stand the heat!

Take your time visiting Miami and explore the dozens of neighborhoods that make up the city and surounding area. From $40 million dollar mansions to streets where small fruit carts line the curb, Miami's neighborhoods can drastically change from mile to mile. Also, make sure to get out of the city for a day and take a tour of the Everglades National Park, an international treasure and World Heritage site. As one of the hottest cities for domestic and international tourism, Miami is truly one of a kind.

Nicknames: Magic City, The Gateway to the Americas, Capital of Latin America

Use our Miami Airport RideGuru to estimate your ride!

Hear from a Miami Rideshare Driver!

Top Places to Eat in Miami: I have three favorite restaurants in Miami because they all have amazingly tasty food. My favorite types of food are: Cuban food, Colombian food, and American food. For Cuban food, I go to Latin Cafe which is right next to the MIA International Airport. For Colombian food I go to Asados El Paisa which is in the corner of N Kendall Dr and 137th Ave. For American food I like to go to my favorite burger place called Rock That Burger. The location is on Sunset Dr and 117th Ave.

Miami’s Best Kept Secret: The Historic Miami Estate. It is south of Brickell in Vizcaya and has 50 acres of property - you won't feel like your in Miami at all!

Best Miami Locations to Order an Uber: From experience the best places to order an Uber are Coral Gables, Kendall, The Grove, South Miami, Doral, Palmetto Bay, Cutler Bay, and Homestead. These places are also great because mainly only locals go to these, so you will have a better taste of what Miami can offer.

Daynel is an Uber driver in the city of Miami. He is known as the "Singing Uber Driver" as he serenades all of his riders, follow him on instagram at @ArtDayn

The first ever sunscreen, Coppertone, was invented in Miami by Benjamin Green.

Miami Beach is home to the running legend Robert Kraft, better known as "Raven." The story goes that on January 1, 1975, Raven decided he'd try to run eight miles a day on the beach every day for a year as his resolution. More than 40 years later, he's still going and the most impressive part is that over the 40 plus years, Raven hasn't missed a single day of running. Not one day.

Miami is the only major city in the country to be founded by a woman: Julia Tuttle

“Bad Boys,” “Goldfinger,” “Scarface,” and “There’s Something About Mary” were all filmed in Miami.

Miami is the only city in the entire world with an Everglades ecosystem.

Believe it or not, Miami has never recorded a temperature above 100 degrees Fahrenheit. It’s the humidity not the heat that makes it feel so unbearable sometimes!

Here at RideGuru, we love all forms of transportation and enjoy sharing new ways of getting around with our readers. Most cities have the typical forms of transportation, from cars to buses, subways and airports, but Miami has taken their city's transportation options one step further with their very own people mover (also know as the metromover). Opening for service on April 17th, 1986, the metromover was primarily built to service the greater downtown Miami neighborhoods but has since expanded its coverage to include two more loops; the Omni and Brickell loops. Metromover stations are about every 2 blocks on each of the loops and they all connect near major buildings and places in the downtown area. Considering that drivers in Miami are known to be exceptionally bad and rush hour traffic lasts for a majority of the day, the metromover is key for locals and tourists alike. However, perhaps the best part of the Metromover is that it is entirely free to ride!