This guy had no chance.

A former Uber driver who fatally struck a 6-year-old girl in a San Francisco crosswalk was found guilty of manslaughter Thursday in the 2013 New Year’s Eve tragedy that spurred changes for the ride-hailing company.

Syed Muzaffar, 61, of Union City, was found guilty of misdemeanor vehicular manslaughter in the death of Sophia Liu after two days of deliberations by a San Francisco Superior Court jury. Muzaffar, who no longer drives for Uber, plowed into Sophia, her mother and 3-year-old brother as they crossed Polk Street near Civic Center around 8 p.m. Dec. 31, 2013.

After hitting Sophia, Muzaffar reversed his vehicle back over her body before getting out, prosecutors said.

I didn't realize that this was his defense.  I guess I have heard that before.

"Muzaffar’s attorney argued that a blind spot in the driver’s vehicle prevented him from seeing the family when he struck them. 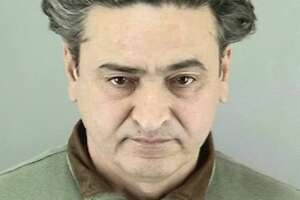