Dashboard Cameras: The Ultimate Guide for Both Drivers and Riders

Using a dashboard camera is definitely not a fad anymore, but a worldwide trend. Dash cameras are extremely useful to modern Rideshare (Uber & Lyft) drivers, coming with a wide variety of benefits. Buying a dashcam is definitely a smart thing to do for driver as well as passenger safety! However, first things first, before purchasing one of these devices, it is imperative to discover if dashboard cameras are legal in your state or region.

Even though dashboard cameras are legal in most states, there are still two important aspects to consider when talking about dash cam legality in USA. The first one is related to electronic surveillance and the second one deals with vision obstruction through the windshield.

Because each state has different policies to deal with these two issues, it is important to verify the letter of the law in your area before you get behind the wheel and hit the road with your dashboard camera recording. 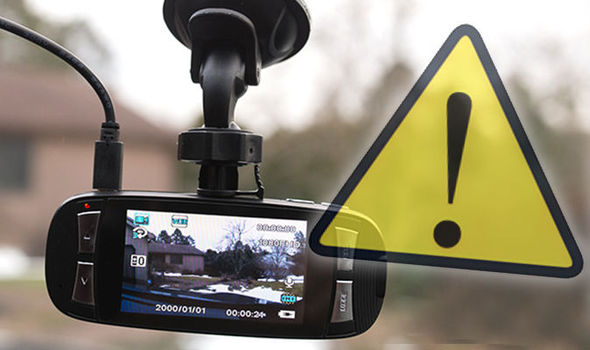 The first issue that comes into play when it comes to electronic surveillance is audio recording. 38 states permit audio recording if one party consents. However, 12 states require the consent of both parties before recording a conversation. Some of these states are California, Florida, Illinois, Montana and Washington. You can see the full list here.

This audio recording law does not apply to dash cams unless a conversation is recorded. However, in case that a recorded conversation can be used in a court of law to determine the guilt of a party, the law is established void in those 12 states. Recording with audio should not be a problem, especially as most dash cams can’t record external audio, only internal, which is from inside the vehicle.

The Legality of Vision Obstruction

This is probably the biggest legal issue you have to deal with when buying a dash cam. Most dashboard cameras do not attach to your dashboard, but to the windshield. The reason why this aspect is important is that many states and jurisdictions put a huge emphasis on how much of the windshield can be obscured by devices such as dashboard cameras or standalone GPS units. As a rule of thumb, if your dashboard camera obscures more than a 7-inch square area on the passenger’s side or a 5-inch square area on the driver’s side of the front windshield, you might have some legal issues. Of course, some states have tighter restrictions than others, while others do not have any sort of windshield obscuring restrictions at all. 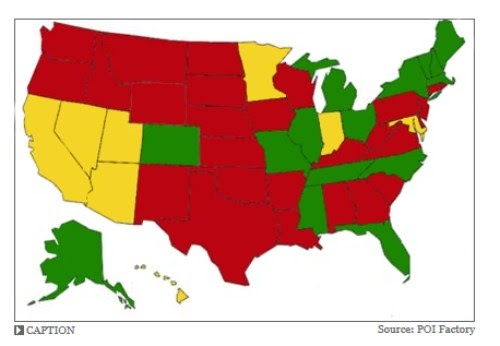 What to look for in a Dashcam?

Now that we have gotten through the legal implications of dashcams, lets talk about what dash camera fits your needs. There are three types of dash cameras which are a combination of two of the following qualities- cheap, reliable, and high performance- which are great video quality, features, and ease of use. Keeping these top categories in mind, we move on with the three most important features.

First up is notifications. These are the messages and sounds that let you know when your camera is working and when there are problems. There are some people who consider notifications as more important than video quality. Many manufacturers do a poor job letting drivers know when their camera has failed. Their audible notifications can trick you into thinking your camera is working. They have warning messages that quickly disappear and are difficult to see. Better cameras have persistent and highly visible written messages. They can also use audible warnings. Your camera will eventually fail as it’s an electronic item that is exposed to rapidly changing temperatures and humidity. Your SD card which saves your videos eventually wears out, some sooner than others. When the inevitable happens, you want to find out before you get into an accident. 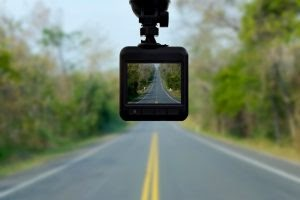 Next is the video quality which is the sharpness and clarity of the recorded video. Getting a camera with higher video quality improves your protection. You have a better chance to capture details like license’s plates or a driver’s face after a hit and run or an assault. Video quality isn’t a simple matter of spending more. Starting with day quality, most cameras do a good job. Generally, cameras are fairly similar except where the bit rate has been drastically lowered. At night, the difference in quality is more noticeable. Better hardware is more expensive and harder to implement. You can look closely at two factors, one is legibility while moving. Better cameras can capture license plates where other cameras will be blurry. The other factor is dynamic range, which is how well a camera captures a scene with widely contrasting light. One benefit is to capture dimly lit pedestrians which could be missed by poor performing cameras. If there’s an accident, it’s important to show the entirety of what happened.

Next, look at the overall appearance, specifically its discreteness. Most of the users are concerned that a large and colorful camera could attract thieves. There are three attributes to look at; size, shape and color. A smaller camera is harder to see. Next is its shape, if it looks like a point and shoot camera, it will be more tempting to steal compared to a slightly larger camera. Lastly, color. Anything other than black is noticeable. Lighter colors reflect more heat which could increase reliability over time. Some manufacturers will add metallic accents which sparkle and attract attention. A more discreet camera is actually better but go with what you enjoy. There are some people who want something flashier or they want a cooler design.

How to Install a Dashcam?

Dash cams can be installed in one of two ways:

12V Power Supply: If you want a lightning fast and easy installation or you want to easily move your dash cam from car to car, using your accessible 12V power outlet is the simplest way to go. The camera simply needs to be located on the windshield and the cord tucked along the side of the vehicle to connect to the power source.

If you're using a dashcam that uses a 12V port to charge, then you need to consider how it will impact your battery. If your camera is installed to record while your vehicle is parked, then the camera will likely drain your battery. If you only require your camera to record while you are driving, you don’t need to worry about this. If you want your camera to be constantly recording, even while your vehicle is parked, you'll need to invest in a dash cam battery.

If you require your camera to record even when your car isn’t engaged, then a great option is investing in a dash cam battery. The battery unit can be installed in a variety of locations on the interior of your vehicle, depending on where your make and model can best accommodate it. The camera switches over to the battery’s power when your car is in park and turned off. This will ensure you can record at all times without ever having to worry about a dead car battery. While this option requires an extra investment in the battery as well as the installation, it’s a worry-free way to go.

Drivers may install and use video cameras, dash cams, or other recording devices to record riders for the purpose of fulfilling transportation services. Local regulations may require individuals using recording equipment in vehicles to fully disclose to riders that they're being recorded in or around a vehicle and obtain consent. Please check local regulations in your city to determine if these apply.

In addition, Uber & Lyft Community Guidelines do not allow users to use any other user's personal data for any reason other than for the purposes of fulfilling transportation services. They also specify that account access can be removed for conduct, language, or gestures that are disrespectful or unsafe. Broadcasting a person's image, audio, or video recording is a violation of these terms and may result in deactivation.

Can a rider request the Dashcam to be turned off?

Uber & Lyft allow driver-partners to install and use video cameras, dash cams, or other recording devices to record riders for purpose of fulfilling transportation services. Please note that local regulations may require individuals using recording equipment in vehicles to fully disclose to riders that they are being recorded in or around a vehicle and obtain consent. A passenger may request the recording to be stopped but I would definitely not oblige, I would explain that the recording is for both the driver and rider safety. If they persist, I would politely but definitely ask them to exit my vehicle.

Does a Driver have to Announce they have a Dashcam?

While the laws vary a bit from state to state, there are some general rules you can follow. Believe it or not, recording video is not a problem at all but you will have to have stickers clearly displaying that video recording is in progress. If you only want to record video and no audio, there is no need to verbally notify passengers that they are being recorded. The issue comes up if you want to record audio as well, see the sections above.

How to check for Hidden cameras in a car?

At least one driver working for Uber and Lyft has been caught live streaming passengers without their consent. Viewers on Twitch have been rating the female passengers, speculating about incomes, and chatting about the marriages and personal lives of unsuspecting users of the ridesharing services. There were already at least two other known cases of drivers turning their passengers into the subjects of livestreams, including some in California and one in Wisconsin. Those drivers have been removed off the platforms.

While we could all stand to take a deep breath and acknowledge that these are a couple of seriously unethical cases out of a huge number of daily trips provided by ridesharing companies (over 4 million), these occurrences are still a serious violations of privacy and a potential safety issue for riders. Just being aware of the risk is a good start. Look for cameras, and ask questions about any stickers mentioning recording equipment. If there’s a sticker mentioning recording or surveillance and you’re not comfortable being filmed, opt out of that ride. It’s not company policy to have cameras in place, and if you’re not given the option to disable recording/streaming, order another ride. Unfortunately, cameras can be concealed, and it’s unlikely that any driver with bad intentions is going to post a friendly warning sticker outside the vehicle. So it’s “ride at your own risk…” and probably keep all of your clothes on.