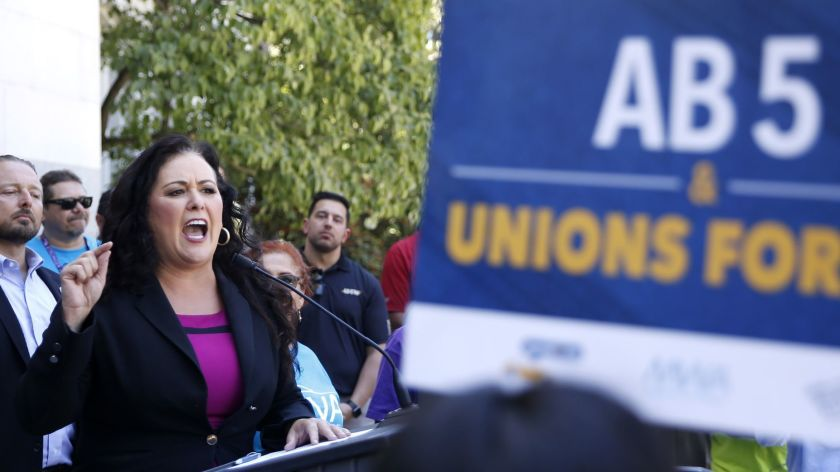 What is AB5? How will it impact Uber and Lyft?

Assembly Bill 5, better known as AB5, was passed by the California Lawmakers on Wednesday, September 11, which will have a huge impact on how rideshare platforms, like Lyft and Uber, operate.

AB5 passed the California Senate on Tuesday, September 10 in a 29-11 vote. On Wednesday, the bill went to the State Assembly for the final vote, which was passed in a 61-16 vote. The bill will go to Governor Newsom’s desk for signing, which, if signed, will go into effect on January 1, 2020.

The bill is a landmark in an era of the gig economy and will affect more than fifty industries. Lawmakers were prepared to fight for the bill. Having passed the State and Assembly so quickly, there was no need; the majority of the state legislators were in agreement on this issue.

Introduced in December 2018, AB5 codifies the decision of a previous court case ruling on when a worker is deemed an employee versus an independent contractor. There is an ABC test put in place by the bill which evaluates an employee on the basis of performing work outside of the business, as being free from the company’s control and direction, and is a participant in “independently established trade, occupation, or business of the same nature as the work performed.” By the test, it looks like things could change for Lyft and Uber.

Rideshare drivers have been classified as independent contractors by the service they work for, which is mostly beneficial to the platform and less so to the drivers themselves. Drivers work on a 1099, which means the driver has the freedom to work on their own schedule. A 1099 also means the company does not pay overtime, benefits, payroll taxes, or workers’ compensation. Drivers want change but have been hesitant to demand it out of fear of losing their income.

Lyft and Uber have been vehemently against AB5 as two of the largest companies targeted. $90 million has been put towards keeping drivers as independent contractors by the combined forces of Uber, Lyft, and DoorDash. The likelihood these costs are passed on to the buyer by raising fares and fees is huge.

Uber has already stated they will follow AB5 if it passes, but they will not stop trying to prove their drivers are outside the limitations of AB5. The effects would have a real impact on how drivers work with their platform. The effect on riders is unknown at this point in time. The platforms have started thinking about the changes they will make like requiring drivers to only drive for one rideshare service and the implementation of shifts dictating when drivers can start and stop picking up rides.

AB5 has the potential to drastically change over one million people’s income source in California by protecting their earnings and benefits. A bill that has been cheered on by rideshare drivers and other gig economy independent contractors is meeting with huge opposition from the gig economy companies themselves.