Uber Sees Decline in Customers (For the First Time!) 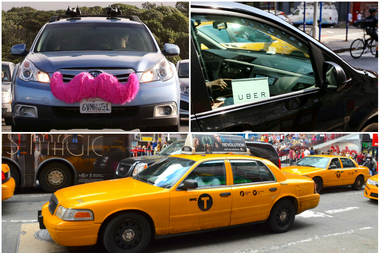 For the first time in a long time, Uber is actually in decline.

Recently, it was reported that Lyft is continuing to see steady growth in New York City specifically in the business traveler segment. Uber still currently dominates this market in New York City, but in the past year they saw a decline in their market share attributed to Lyft’s increasing share. Just in the past quarter, the percentage of business travel receipts for Lyft increased by 3%, the largest quarterly increase recorded.

Uber, on the other hand, saw a 1% decline in business traveler receipts in the past quarter. While this may seem like a minimal decline, it is big news for Uber because it is the first time ever that they have seen a decline in customers.

According to Certify, a company tracking data on rideshares and rideshare customers across the country, in San Francisco, Uber's market share declined by a whole 8 percent. It is startling for Uber as San Francisco is where Uber is based.

The data Certify collected is based on more than 10 million business traveler receipts and expenses. The company has been collecting data for three years now.

Why could this be happening for Uber?

It all has to do with the power of consumer choice. Consumers are highly swayed based on what the general public is saying, and the public’s opinion of Uber over the past year has been unfavorable to put it nicely. Especially in the travel industry, where rideshares can broadly be placed, consumer choice is a huge motivational factor in making decisions. Whether customers look online for reviews, or check out the latest headlines, it all matters.

Starting with the #DeleteUber trend in January, followed by the sexual harassment scandal by Susan Fowler and the internal investigation, and finally the resignation of former Uber CEO Travis Kalanick, Uber has not been favorable to the public eye.

Perhaps all of these scandals have started to catch up to Uber, as reflected in their first noted decline in customers ever. We're intrigued to see how the results turn up and the end of next quarter, will Lyft continue to rise and take over some of Uber's market share?