Is it true that Uber turns off surge pricing during emergencies, disasters, and storms?

BWaltersDad
52
Posted 4 years ago
Posted In

I was talking to my uber driver and I asked him why he wouldn't go out during big snowstorms. (This was before a big Nor'Easter.) I teased how he must be able to score some surge due to skewed demand.  He told me that nevers happens, and he explained it might be because surges don't happen when there are no drivers out (even if there are riders) and may turn it off completely during storms.

Now that there is a huge hurricane coming up, I am yet again curious.

I looked on Uber site, but I am not a driver and didn't have much luck.  Not that it matters to me so much, but was he right?

Uber does have a policy in place that prevents surge pricing to kick in during states of emergency and natural disasters. They made a formal announcement regarding this stance in 2014 during the wakes of Hurrican Sandy and New York blizzards, where people in distress were stranded or charged exorbitant amount of money due to increased fares. 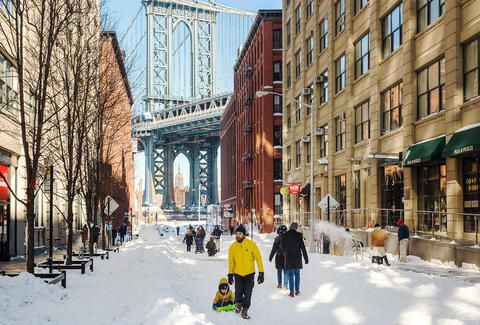 Uber has always argued that surge pricing is what keeps the proper balance of drivers and riders.  However, in 2014, they have agreed and created a policy to reduce surge pricing substantially.  This was put into place through collaboration with State of New York and its attorney general.

Here's a Times article that speaks to it.