NY and now LA Strike! Can they get Uber to reverse a 25 percent-per-mile pay cut?

Thousands of Uber drivers are striking in Los Angeles 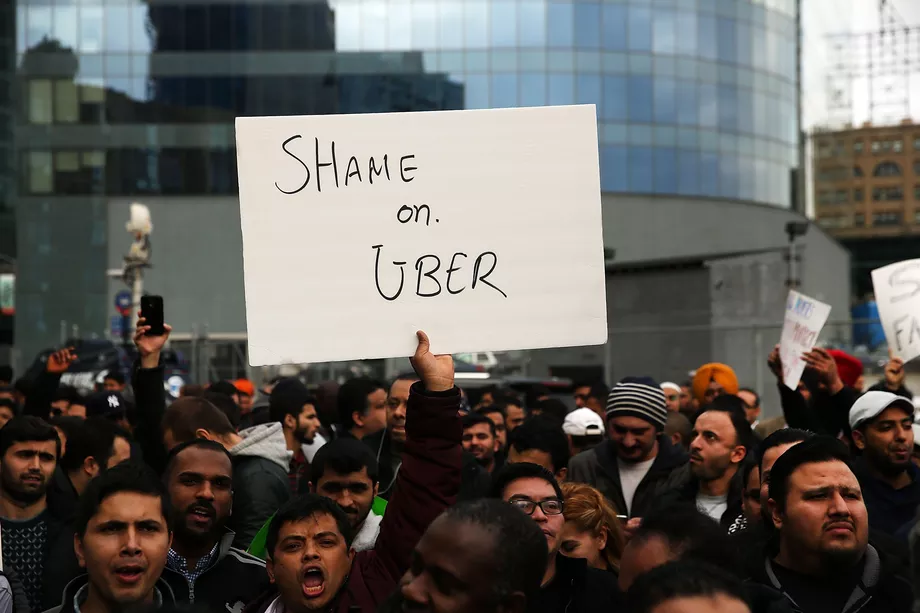 Uber and Lyft drivers in Los Angeles are refusing to pick up customers today — part of a one-day strike to protest Uber’s recent decision to slash pay rates for drivers in the area.

Last week, Uber slashed its per-mile pay by 25 percent in Los Angeles County and parts of Orange County. That means drivers will earn 60 cents per mile instead of 80 cents. That decision has pushed drivers, who were already struggling to make ends meet, over the edge.

Hundreds of drivers swarmed the streets, chanting and picketing outside Uber’s office in suburban LA. They asked customers to use public transportation Monday instead of using the apps.

“Help us end this neo-indentured servitude,” Sinakhone Keodara, one of the drivers organizing the strike, tweeted.

The strike comes at a pivotal moment for the ride-hailing industry. Uber and Lyft are preparing to launch IPOs, which will convert them into publicly traded companies, creating a financial windfall for dozens of early investors who will turn into overnight millionaires. Meanwhile, drivers say they are scraping by on poverty wages.

As independent contractors, Uber and Lyft drivers don’t get benefits offered to company employees, they’re not eligible for overtime or even a minimum hourly wage, and they don’t have a right to unionize under federal law. Monday’s strike is the latest sign that Uber and Lyft drivers are willing to organize anyway to make their demands heard, and that they realize their leverage in the current US economy, where workers are increasingly hard to find.