How to use the Minnie Vans at Walt Disney World

Working in the rideshare space and as an avid Disney fan, I have long been curious about the Disney and Lyft Minnie Van partnership. Aside from the fact that the vehicles are really cute all decked out in Minnie Mouse colors and polka dots, I loved the idea of an easy to use, comfortable, transport option around Disney that caters to those with young kids.

During a recent family trip to Disney world we found ourselves needing to get back to our hotel room at the Animal Kingdom Lodge resort after dining at the Polynesian's Ohana restaurant. Of course, as luck would have it, our toddler was at his wits end after a long day in the parks and just when we were getting ready to leave the sky opened up in a complete torrential downpour. We could have chosen to march through the rain, get on the monorail, then transfer to a bus but with a tantruming toddler that was the last thing we wanted to do.

In an effort to keep the peace, I quickly opened up my Lyft app to see if there was a Minnie Van close by (and to verify that yes indeed they do have car seats!). When I first opened the app I was greeted with this message. 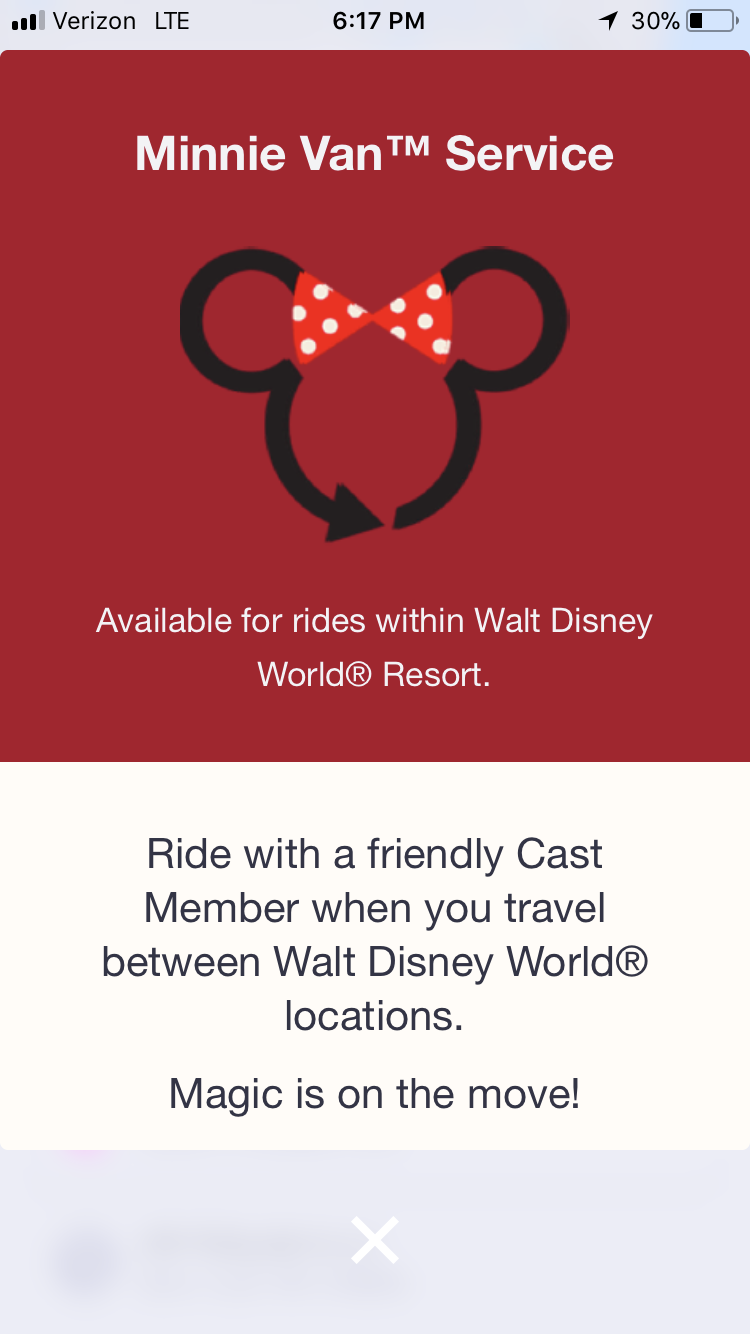 Pretty cute, huh! I was now getting more excited about our Minnie Van adventure knowing that we would be driven by a "friendly cast member". I navigated to the Lyft homepage and inserted my to and from locations. 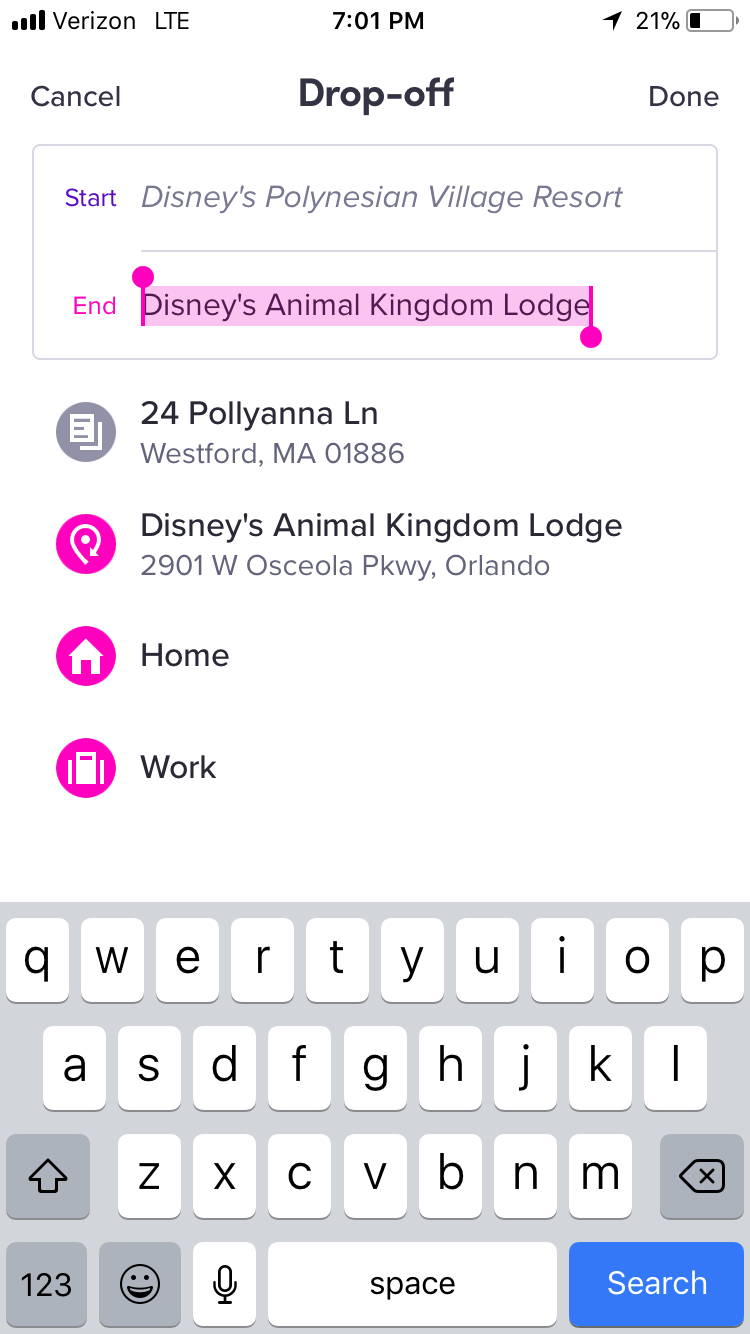 Once I entered in my to and from location I could choose "Minnie Van" from the list of options and was quickly matched with a driver headed my way. 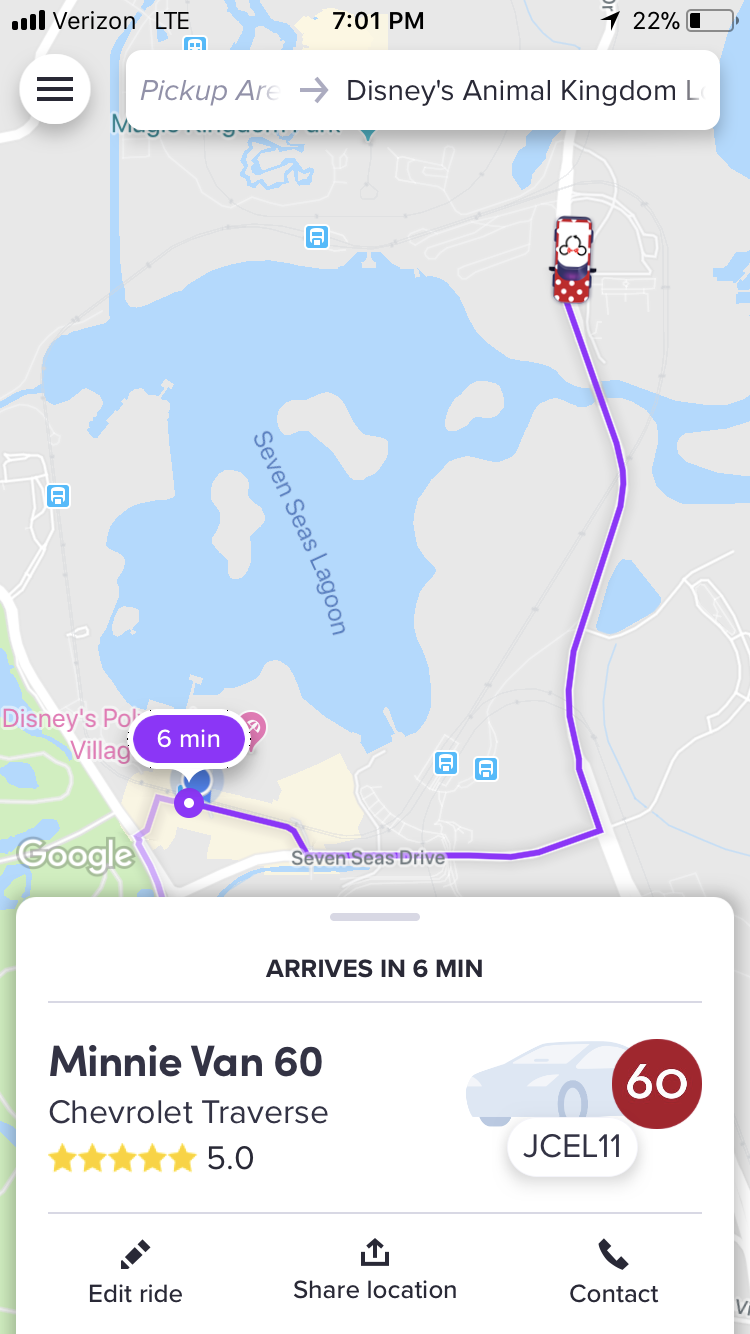 The cost is a bit more than traditional rideshares, this rather short ride cost our family $35 (I looked on Ride.Guru's Fare Calculator for how much this would cost using a regular Lyft and it was only $9!). However, having young children I felt this extra cost was completely worth it.

When our driver, Bob, pulled up, he was extremely friendly and "Disney Happy". He quickly set up my son's car seat in a rear facing position and helped us to load my son in and make sure the straps where the right length. His expertise on setting up the car seat was very impressive, he mentioned that all Minnie Van drivers have to go through proper training on installing their car seats. When we got in the car, we were all very comfortable and happy to have a stress-free and safe ride back to our resort at the end of a long day. 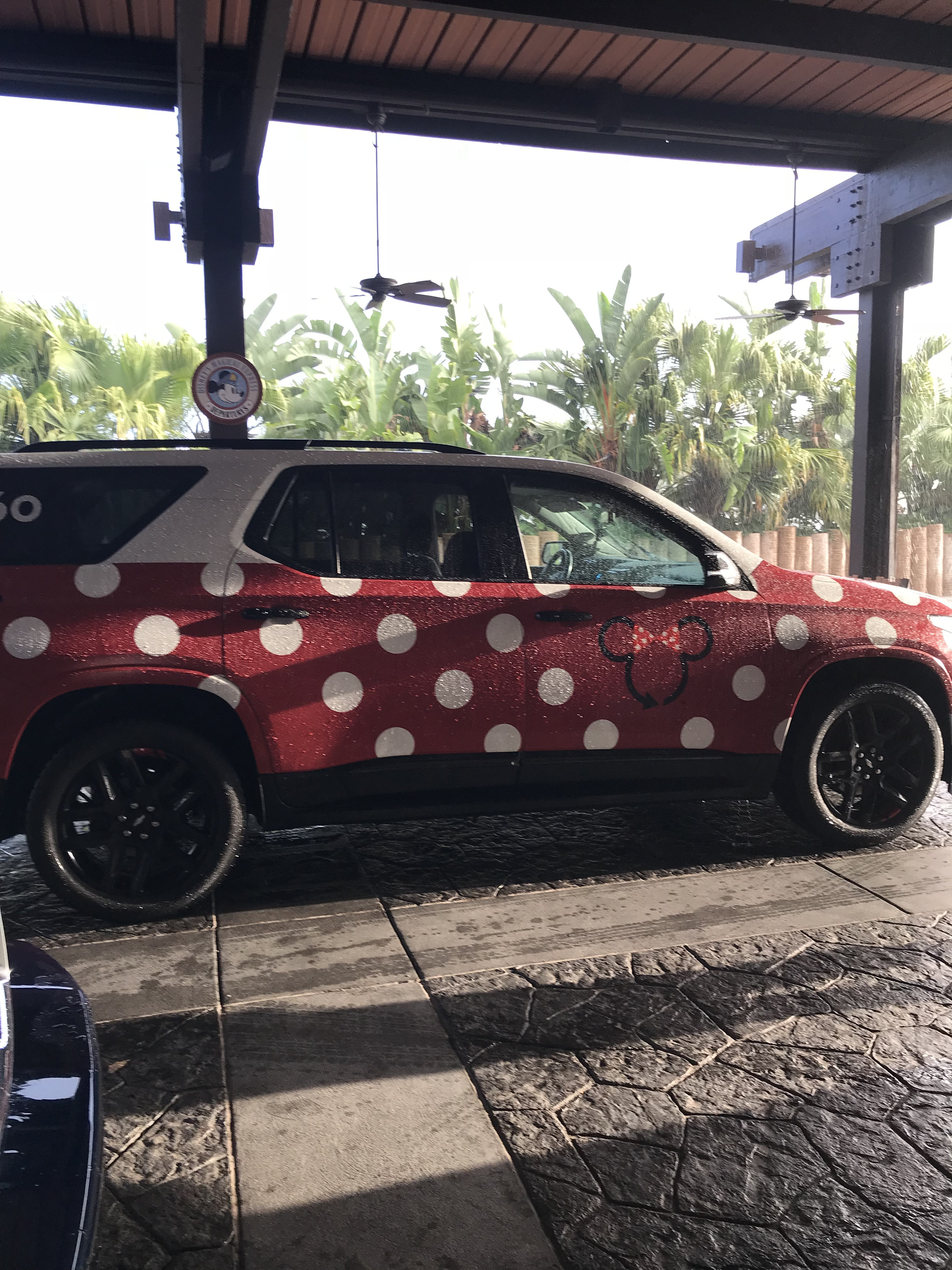 Here is a picture of our Minnie Van (which as a bonus can drive right up to the resorts and parks!). Sorry for the not so great picture, as you can tell by the car, the rain was making us up hurry up and jump in!

It turns out that our driver used to be the conductor on the Magic Kingdom railroad for many years. How Magical! Many of the Minnie Van drivers apparently have had other gigs as cast members throughout the Disney park making talking with them extra intriguing.

Some extra Fun Facts from our Minnie Van Driver, Bob

1. When the Minnie Van program first rolled out a few years back there were only 4 drivers and all of them were named Bob!

2. Now there are over 100 Minnie Vans in rotation around Walt Disney World.

3. Make sure to leave extra time if you are trying to secure a Minnie Van later at night, especially after any of the big fireworks shows! Bob told us that there are never enough cars to go around late at night when families are trying to get their little ones back to their resorts quickly and easily.

For more information on traveling around Disney World and Universal Studios check out this help article!