What do I do if I think my passenger is a victim of Human Trafficking? 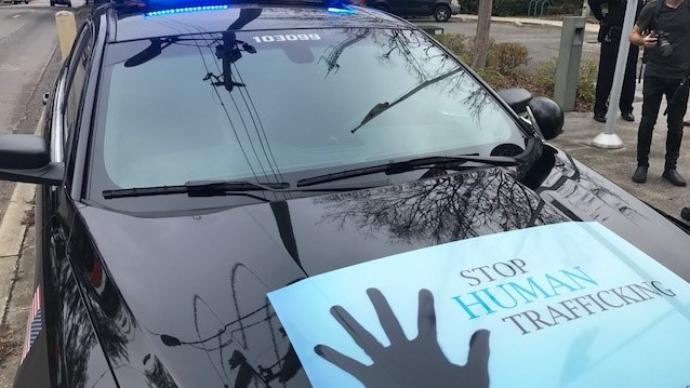 Human trafficking is a terrible crime that affects tens of millions of victims worldwide yet, it largely remains un-noticed. Through the use of force and coercion traffickers succeed in keeping their victims quiet and undetected. However, there are telltale trafficking signs you should be aware of as a rideshare driver working in the transportation space. By keeping your eyes and ears peeled for these indicators (shared by ECPAT-USA), you might be able to help spot a human trafficking victim in your vehicle.

What to look out for if you fear your passenger is a victim of human trafficking.

People who are scared or hiding

Human trafficking commonly occurs at hotels and major transportation hubs, such as airports, train and bus stations, and truck stops. Potential victims may seem anxious about arriving at or departing from a destination and/or have minimal luggage if traveling.

Pickups and dropoffs occurring at places that seem generally unsafe for children or vulnerable individuals, including children who are homeless or who have run away, LGBTQ+ youth, and minors in the foster care system, could be at increased risk for human trafficking.

Exerting power over the potential victim

Look for signs of a controlling interaction. It could be a gesture or look from the potential trafficker that provokes fear. It could also be the use of force, or a person being guided by the arm, shoved into a car, or delivered to another person who then escorts the potential victim to a different location or vehicle.

Bruises, cuts, burns, or other injuries at various stages of healing could be a sign of human trafficking. The person may appear to have been denied food, water, sleep, adequate clothing, or medical care or given food or water based on conditions they must meet. You may also witness a violent act.

It might be a sign of human trafficking if a person seems disoriented, lost, and/or fearful of their situation. Or if a person acts controlling over another person, who is often unable to move and/or speak freely. Potential victims, especially younger riders, may share that they don’t know what town or city they’re in.

Asking for money or ID

Individuals who don’t hold onto their own passport, ID, or money and must ask someone else for them may be potential victims of human trafficking.

Threats and insults are signs of verbal abuse that could be related to human trafficking.

It may be suspicious if a rider seems anxious about meeting someone, often whom they have only met online, who is offering them a chance to launch a career, such as a modeling contract, or to earn money to get out of a situation. The destination may or may not seem like an unusual place for the type of work or industry described.

Coaching children on how to lie

If you hear someone coaching a child on how to lie about their age or identity, it could be a sign of human trafficking. The person speaking could be another child or an adult.

Someone insisting on paying in cash from a large stack of bills or with prepaid credit cards could be a sign of human trafficking.

Requesting to be dropped off at hidden entrances

A rider or customer who specifically asks to be dropped off or to receive food at a discreet entrance could be a potential victim or trafficker.

If you suspect your rider is involved in a human trafficking scheme do not directly confront the abuser or victim. Instead, call 911 as soon as you are alone again and provide details of the situation. The most important details to recall are as follows:

You can also call one of the following human trafficking hotlines to report what you witnessed.