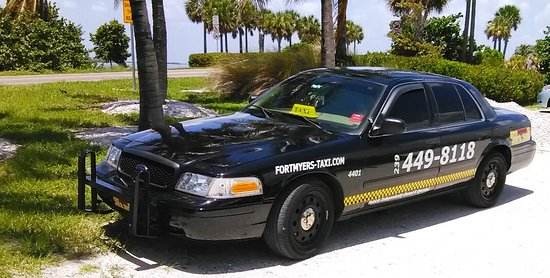 In Part II, you'll read about what Patrick’s views are regarding Uber & Lyft, how he feels about rideshare drivers and what he thinks the future holds for him as a Cabbie and the rideshare industry in general. For Part 1 of this story click here.

The cost of living is very high here. Some people work 2 or 3 jobs just to survive. You could earn enough money driving a cab to pay your rent or your mortgage, clothe and feed yourself well, afford regular dental care and basic medical care. You could take a month and a half vacation each year, or even more. Some drivers only work part of the year then survived the rest of the year on their savings, often going to a foreign country to enjoy and experience a different culture where the cost of living was much less. Some didn't even commit to the obligation of a steady schedule, and would show up when they felt like driving, waiting to see if someone would call in sick or pull a no show and a cab would become available. Or else they would sign up to cover the shifts that temporarily opened when a driver went on vacation.

In 2017 when all of us cab drivers realized that the arrival of Uber/Lyft was imminent, everyone planned for that event accordingly. Some drivers reacted drastically. I was content and relatively comfortable with the way things were, still prospering as a taxi driver despite the disadvantages of my self employed status. I had no desire to purchase a vehicle, which would have entailed a payment plan to become a rideshare driver. A spark of doubt had been struck within me as I listened to all the hyperbole about the looming apocalypse for the local taxi business, the inevitability and innovative superiority of it all, the unstoppable "juggernaut" that was Uber, the end of car ownership and the looming advent of autonomous vehicles and flying taxis.

The thought of ridesharing became even less likely for me. I rebelled against the authoritarian "resistance is futile" tone. Not even when the negative impact of Uber/Lyft's presence on the local taxi industry became apparent. At that point I was more aware of and angry about their business methods and tactics and so even less inclined to have anything to do with them.

With effort everyone made driving a cab work for them. There was flexibility. We all prospered. Just as each year there were slow stretches, there were also long passages of time when it was consistently busy. Nearly constant calls and street hails from the beginning to the end of a 12 hour shift, night after night. I've been speaking in the past tense here occasionally because those days are gone. At least for now. The slow stretch has become permanent, the struggle is constant and the battle often seems like a losing one. From experience I know that when the streets are flooded with for hire vehicles to the point of oversaturation, there is less money for everyone and it creates more traffic congestion. Nobody makes much money then.

The government of Florida passed legislation written by Uber/Lyft that allows them to operate freely and at will in the entire state without having to abide by any of the local rules and regulations that apply to taxis. The ruling went into effect on July 2nd of 2017. Since then driving a taxi here is mostly a minimum wage job. Sometimes more, but unfortunately there are frequently times when it's even less. No one can survive in this town on $8.46 per hour. That's what I earned here in 1985 working 35 hours a week at an Italian Restaurant. My schedule was 7 days a week, five hours a day. If you drove six 12 hour shifts a week you might get by, but there is no guarantee of that anymore and it's a recipe for ill health.

How does Patrick feel about Uber/Lyft Drivers?

As bad as it ever was and as bad as it may be now, it's certainly worse for the Uber/Lyft drivers who inundate the town on the weekends. They come here because Miami and Ft. Lauderdale are oversaturated with rideshare drivers and no one can make money there. They wouldn't make a 350 mile plus round trip, sleeping in their vehicles when logged off of the platform if that weren't the case. I see the Uber/Lyft driver turnover, (or "churn", as it's known), because I'm out there every weekend. Anywhere from every few weeks up to around 3 months or so I see familiar faces disappear and new rideshare drivers replace them. Lately they appear to be mostly Haitian. They clog up the main streets in the downtown area as they slowly cruise around empty, bringing traffic to a standstill and making it hard for taxi drivers to respond quickly to dispatched calls or get from point A to point B.

On the weekends I'm pretty sure they outnumber us. They don't pull over to the curb when picking up or dropping off passengers and they'll stop just about anywhere. In the middle of intersections, at green lights, or even halfway through a turn. They are being directed by their app and at the very moment it tells them they have arrived at their target, they stop, no matter where it is. It's plain to see that's where their eyes are focused, rather than on the road. I constantly see their “would be passengers” running up and down the street holding their smartphones up in the air, darting in and around cars as they chase after vehicles trying to find their personal Uber/Lyft driver.

The taxi fleet owners have been accused of being greedy and some of them are, but like I said before I found that as an independent contractor my relationship with ownership was a cordial symbiosis that was lucrative and flexible. The billionaire CEO's and venture capitalists of Uber/Lyft bring greed and exploitation to a whole different level. Maybe that's how billionaires are made. The taxi company I drive for has a fleet mechanic whose job it is to keep the cabs in good working order. Along with the dispatch service it's part of what I pay for in my lease. It never was and never will be as good for rideshare drivers.

I get frustrated by the presence of these out of town rideshare drivers but don't hold it against them personally, knowing to what extent they have been misled and the horrendous way they are constantly mistreated.

As for the future, I don't think that Uber/Lyft will survive. It's not economically possible, otherwise it would have already happened. Not with their present business model, where the rides are subsidized and the drivers absorb all the operating costs and are getting squeezed more and more with the passing of time. It's no wonder that drivers are up in arms. Their unspoken end goal has always been total market dominance, after which they would raise their prices and begin earning an actual profit.

Complete market dominance is something that taxi fleet owners never achieved, not even locally, and since some of them are undeniably avaricious, if such a thing were possible it would have occurred at some point in the last hundred years. I truly believe that Uber/Lyft are nothing more than a giant scam fueled by a massive PR campaign consisting of grandiose exaggerations and lies. It's designed to enrich the one percent, or the point one percent at a cost that is becoming more evident with the passing of time.

They broke a lot of rules and a lot of laws when they steamrolled into existence, thumbing their noses at officialdom and they behaved atrociously on a corporate level. They got called onto the carpet for it, but the economic damage they inflicted on an entire industry is ongoing and the independent contractor/taxi drivers are the majority victims of the harm they inflicted. The rideshare drivers have it worse, though some of them may not realize it yet. I honestly think that the only way they can count on making money is by gaming the system, using strategies and tricks that would likely get them deactivated from the platform if they were caught. Uber still makes the absurd claim about being the "Amazon of Transportation" and the press continues to report it as a factual, foregone conclusion. A particularly arrogant form of manifest destiny.

I see them more as the "Cancer of the Economy" and I hope their malignant methods and practices don't metastasize to other industries and turn the employees who had decent jobs with financial access to good benefits into mistreated, scorned sharecroppers. Maybe someday there will even be a moral accounting. Then the billionaires and venture capitalists, along with the high priced political lobbyists and willing politicians who supported Uber/Lyft will have to answer for their disruptive, destructive actions that created the staggering wealth and positions of authority and power they have attained.

Do you agree with Patrick? Do you think he is hanging on to a dream, hoping for better days? Would you like to read more about his experiences as a veteran cabbie?