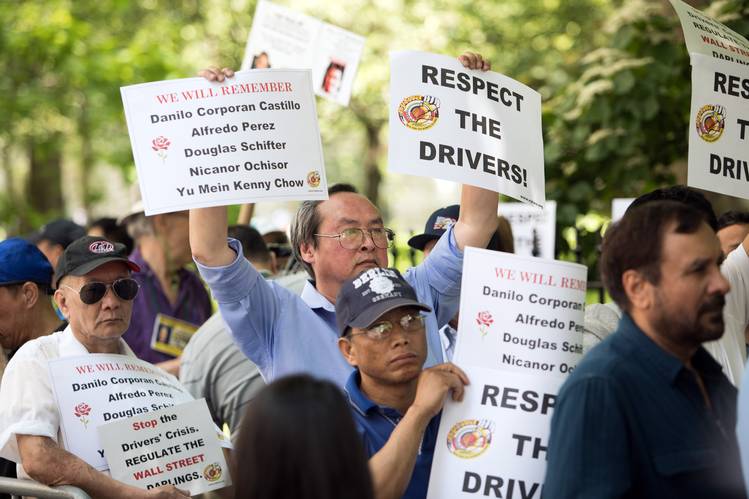 The New York City Council is proposing a cap on the number of ride-hailing vehicles to operate in New York City. In the past, companies like Uber and Lyft have been able to fight off the city’s attempts to regulate the companies. However, this time the city may actually win.

The proposal will give the New York City Taxi and Limousine Commission authority to regulate the number of cars on the road, minimum wages, and more. And, there would be a 12-month freeze on new Uber and Lyft vehicles while the city conducts research on the impact of rideshare companies on traffic congestion. The city will determine the utilization rate of rideshare vehicles to determine if too many cars are driving around without passengers.


Uber and Lyft are trying to fight back by rallying up their customers to convince the council to change the terms of the proposal and vote against the bill. Both companies have a massive footprint in New York City, with Uber holding it as its largest U.S. market.

Not only is this impacting New York City, but if passed, the bill could impact other cities who are struggling to impose regulations on the rideshare giants.

This battle Uber and Lyft are fighting is not only against the city. This time, it is also against both rideshare and taxi drivers. Rideshare drivers are demanding more livable wages, while taxi drivers are fed up with Uber and Lyft taking away their customers. The rideshare companies are attempting to gather support from customers stating that the prices are at risk of increasing should the bill be passed.

One argument by the TLC states that multiple suicides have been reported by taxi drivers unable to pay their debts from paying for a taxi medallion. Uber, Lyft, and Via have offered to start a fund to help these taxi drivers who are struggling. This won’t come without a price – the companies are asking for the TLC to remove the potential cap on number of vehicles allowed. The city declined the request.

Uber and Lyft are most impacted by the proposal to impose a 12-month pause on new vehicles, as this would lead to all drivers relocating to city centers where demand is highest. In turn, the demand of people living in the outer boroughs of Manhattan will not be met.

The rideshare companies are framing this as a civil rights issue, stating that it will diminish services available in underserved areas. The city responded with a provision in the bill to allow Uber and Lyft to ask for more licenses if demand is not met in the outer boroughs.

Next week, the City Council will vote to determine whether the regulation bill will pass. In the meantime, Uber and Lyft are doing everything they can to get customers on board to convince the council to reject the bill.