Proposition 22 Passes! What this means for Uber and Lyft Drivers. 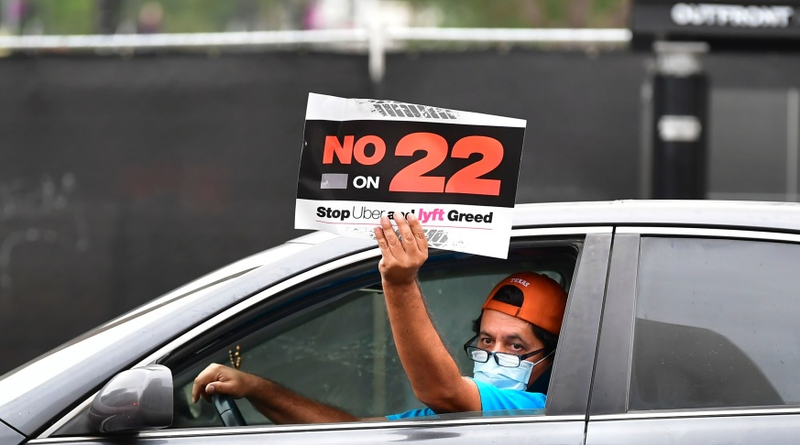 On Tuesday, California voters voted in favor of Prop. 22, 58% to 41%. This means that app-based drivers will stay classified as independent contractors and not employees. This is a huge win for Uber and Lyft, who along with DoorDash, spent $200 Million in support of the measure. In fact, Uber and Lyft poured so much money into supporting and advertising Proposition 22 that it became the most expensive ballot measure campaign in California history!

While drivers will not be entitled to costly employee benefits such as unemployment, health insurance, or retirement savings plans, Proposition 22 does mandate that Uber and Lyft offer drivers some additional benefits. These new benefits include stipends to buy health insurance, accident insurance, and some guaranteed level of pay. More specifically, according to the exact text of Prop 22, drivers would receive at least an amount equal to 120% of minimum wage for on-app time plus 30 cents per mile compensation toward expenses. Further, “on-app time” only refers to the active hours in which a driver is driving a passenger. Any time spent on the app driving to a pick-up would not be counted. This does not limit how much money drivers can earn, this only outlines the minimum they could potentially earn. In regards to health care, drivers would be given health care contributions equal to 100% of the average employer payment toward a Covered California plan. These benefits would start taking effect once a driver hits 15 hours a week and a driver would be eligible for the full benefit at 25 hours per week. The hours cab be accrued across multiple rideshare platforms. Drivers will also receive occupational accident insurance, automobile accident and liability insurance, and protection against discrimination and sexual harassment.

While drivers were very divided on Prop. 22, those in favor of it voted “yes” mainly because they recognize that being an independent contractor is a tradeoff and comes with the ability and flexibility to decide when and where they would like to work. In fact, most drivers on Uber and Lyft’s platforms only work a few hours a week, so becoming employees did not suite their current work/life balance.

Apparently, Khosrowshahi celebrated the victory in an email to drivers on Tuesday night, stating, "The future of independent work is more secure because so many drivers like you spoke up and made your voice heard — and voters across the state listened".

However, not all drivers were happy with the outcome and felt that Prop. 22 was just another attempt by Uber and Lyft to take advantage of “cheap labor practices”. The opposition to Prop. 22 was mainly led by various labor groups that had originally helped form and pass AB5, the state law passed in September 2019 that required companies to reclassify independent contractors as employees and the very law in which Uber and Lyft were rejecting with Prop.22.

These labor unions stated that Uber and Lyft’s campaign on “keeping driver flexibility” was a distraction to the real issue, as nothing in AB5 requires the companies to set schedules for drivers. Instead, they see Uber and Lyft’s opposition to AB5 as a way for these companies to avoid providing costly employment benefits.

What is your take on Prop. 22? Are you happy it passed? Let us know your thoughts in the forum!