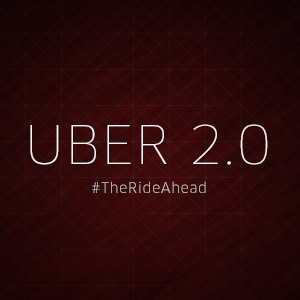 We all know there has been a lot going on lately at Uber. Top executives left the company, including CEO Travis Kalanick. One of the last things the former CEO said about the company was that there needed to be change. "Uber 2.0", he called it.

In the past couple weeks we have already started to see major changes with Uber. First, they introduced in-app tipping for drivers, which was a huge move for the company. Now, drivers can get a tip added without having to ask passengers for cash.

Then, Uber added a new feature to their application that lets people request a ride for someone else. The person does not even have to have the app downloaded to get an Uber ride. This was a move towards complete inclusion for everyone using the Uber application.

Although Uber is still in the news and spoken about in a negative manner, they seem to have taken the right steps towards a better future. New executives are being considered to take Travis Kalanick's role as CEO, and many of the candidates are women. This push towards a more diverse and inclusive work environment will be a great move for Uber, as there is still talk about the sexual harassment case that dominated the news in the past 6 months.

As compared to other rideshare companies, Uber is still on top, but companies like Lyft and Juno are gaining steam as a result of Uber's damaged reputation. Despite all of these efforts by other companies, Uber does not seem to be disappearing any time soon.

Recently, it was announced that Uber completed their 5 billionth trip worldwide. The sheer size and scale of Uber proves the company has major pull. It's likely that with the introduction of even more features to the application, Uber will secure their top spot in the rideshare realm, and stay there for the foreseeable future.

We're excited to see what this "Uber 2.0" will mean for both passengers and drivers. A little healthy rideshare competition never hurt anyone, especially when the new features have many benefits for passengers!

Felicia is a Ride Guru at RideGuru. She recently graduated from Bentley University with a B.S. in Marketing and minor in Computer Information Systems. She is an avid rideshare user who enjoys both domestic and international travel.