Oh, man.  The Barcelona's protest continues and is now escalating.  Taxi drivers are up with pitchforks! 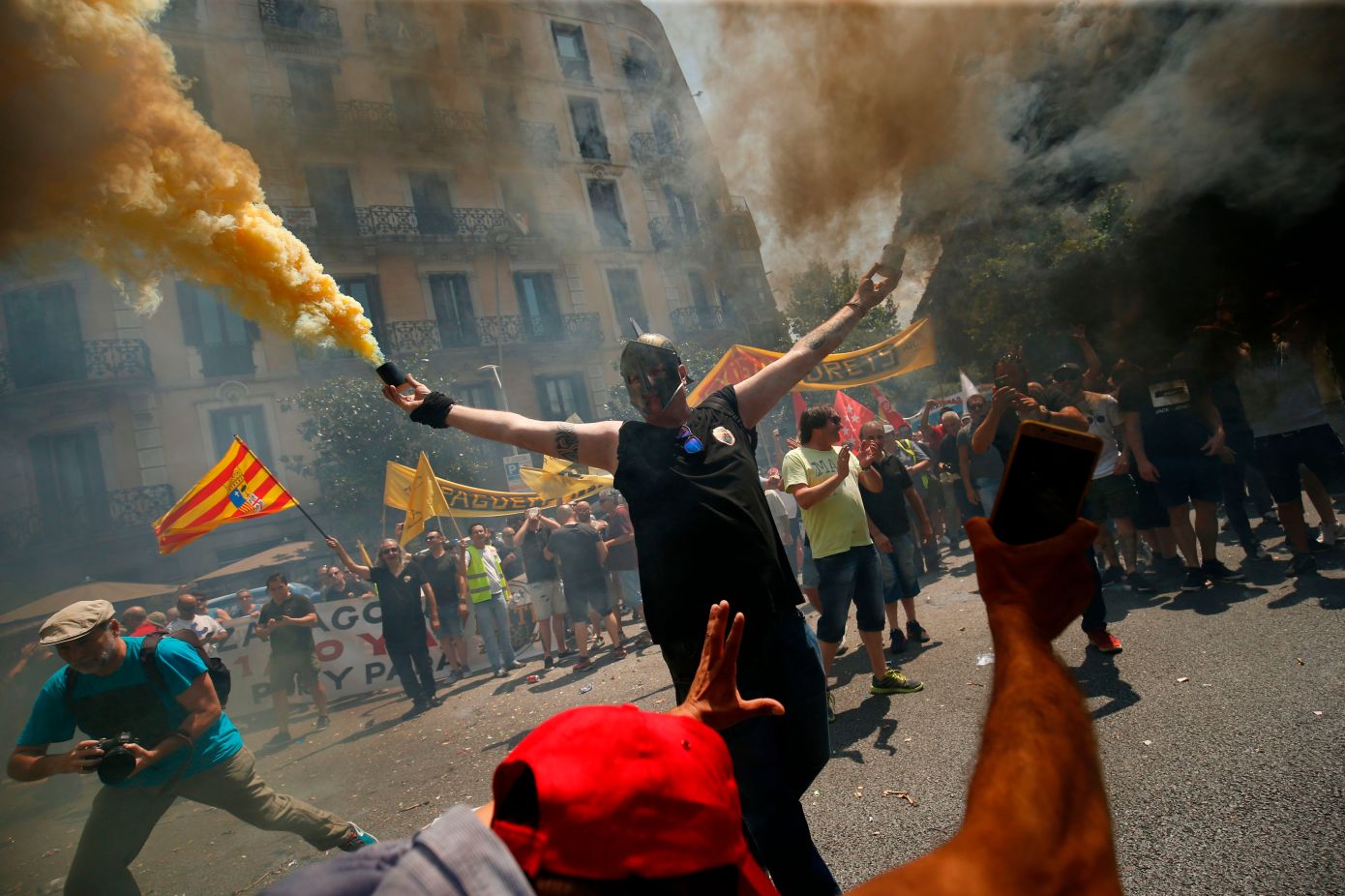 A two-day taxi driver strike in Barcelona this week, called to protest against the number of ride-hailing vehicles on the streets and failure to enforce national regulations that are supposed to cap private hire vehicle numbers, turned violent yesterday with protestors attacking cars and local media reporting attacks on drivers too.

The violence has led to a temporary suspension of all vehicle for hire services (VTC) in the city — thereby also including Uber  and Cabify,  both of which only run licensed driver services in the country.

Local newspaper La Vanguardia reports that drivers and even passengers were attacked during protests yesterday.

An Uber spokesman confirmed that some of its drivers had been attacked by protestors, telling us: “Rider and driver safety is our top priority. As a result of yesterday’s serious attacks the apps for professional licensed drivers have collectively decided to temporarily pause operations in Barcelona.”