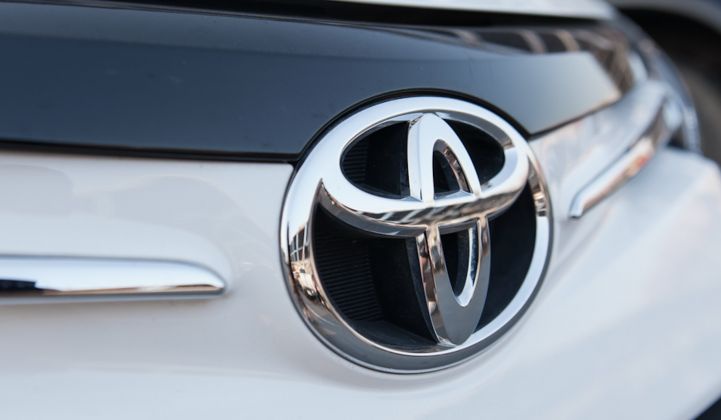 The car manufacturing company, Toyota, announced recently their newest effort to compete with rideshare companies. In Japan, Toyota is working with Japan’s largest taxi company, KDDI. The company created “smart taxis” which are a mix between traditional taxis and rideshares.

The purpose of this initiative is for Toyota to collect data to help move forward with autonomous vehicles. Toyota created a device that will be used in Japan’s taxis that will use artificial intelligence to make the taxis more efficient and effective. The system will know where to place taxis during busy hours of the day, while at the same time collecting data related to the GPS routes, video, and more.

The device, called TransLog, uses smartphone data and weather forecasts to improve its algorithms. So far in the pilot system, the device has proven successful in increasing the effectiveness of Japan’s taxis. The device has been able to predict the amount of demand for taxis, so they can place cars where they are needed, reducing the number of idle vehicles taking up space on crowded roads.

A trial of this technology is expected to be rolled out to new taxi fleets in Japan later this year.

However, Japan’s taxis still face large competition from prominent rideshare forces in the market, including Uber, Grab, and soon China’s Didi. Toyota’s advantage against all these players is twofold: their cars, and their capital in research and development.