Will Uber ever be Profitable?

I watched a video interview this week of Uber CEO Dara Khosrowshahi with David M. Rubenstein the president of the Economic Club. The interview was published by the Economic Club of Washington, D.C. on June 24, 2019, so it is fairly recent. Fair warning, it is pretty lengthy, about 45 minutes but I think it definitely falls under the must watch category if you are a driver for or an investor of Uber. 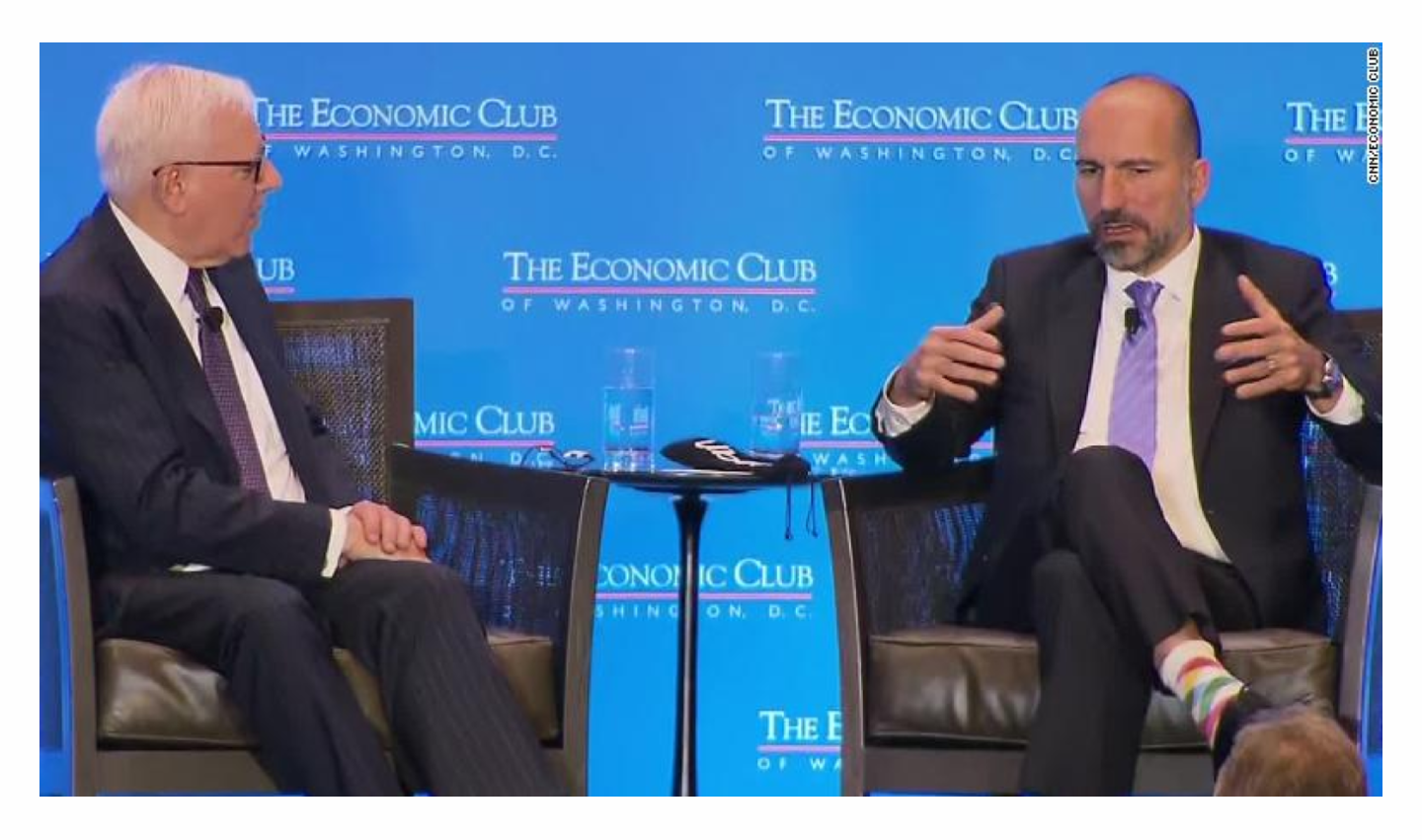 Not much surprises me any longer when it comes to ridesharing, I still am an active driver with Uber & Lyft, albeit on a very part time basis due to the severe cuts over the past year. The reason I still drive is to keep up with the constant changes that drivers face. I want what I write to resonate with the daily heroes of the rideshare industry, the drivers. In order for me to accomplish that, I must experience what they face day in day out. Granted, barriers to entry are very low to be a rideshare driver but the task is far from simple, it is outright stressful. Some do it as their full time job to support their families, most are on a part time basis but as drivers they are the lifeline of Uber & Lyft. Picking up passengers, dropping them off, dealing with their idiosyncrasies, listening to their stories, shutting up for some, and Los Angeles’s ridiculous traffic jams are some of the challenges a driver may face on a daily basis. If you drive full time, you'll be on the road at least 50 hours a week and you'll rack up close to 5000 miles a month. It is not a matter of if, it is a matter of when you'll be in an accident, and you'll be out of commission for a long time. All this for a paltry 60 cents a mile and 21 cents a minute (Uber X rates in Los Angeles). All this for $20 an hour as claimed by DK (Dara Khosrowshahi, he of course neglected to mention the fact that it was gross earnings) during the interview. WOW!

DK (Dara Khosrowshahi) is a fantastic salesperson, having been the protege of Barry Diller and the ex CEO of Expedia. He loves  talking about the diversity of their business model, all the disruption they've created and will continue to create moving forward. How they are targeting a TAM (Total Addressable Market) of billions of people around the globe and trillions of dollars in potential revenue. From cars (with or without drivers) to helicopters, to e-scooters, to bikes, to food delivery, to boats and to freight, Uber is a one stop shop. I was almost convinced to log on to my online broker’s account and place a buy order for all the shares I could afford.

Then the conversation turned into his view of Uber’s future. Wait! What? Everything was going so well, why talk about the P word? Profitability! Although this interview was set up as a home run hitting contest since David Rubenstein was tossing 20 mile an hour softball after softball (Harry, can I interview him next time?), he had to ask about Uber losing a billion dollars a quarter, continuing that tradition with their latest earnings report after the IPO. It is easy to lose a billion dollars a quarter during the growth phase of any company, Amazon, Facebook, Google (Alphabet) all have done it. But not to the level of Uber (close to $7 billion and accelerating with top line growth), AMZN, FB, GOOG were all unprofitable once before turning it around and becoming extremely profitable entities.

DK (Dara Khosrowshahi) keeps comparing Uber to Amazon, he calls Uber the Amazon of the transportation industry. Amazon lost $538 million in a quarter at its peak, about half of Uber’s current quarterly loss and at that time they had triple the revenue of Uber. The major difference between Amazon and Uber comes down to one thing, it is not a diversified business portfolio, it is MARGIN! If you take a look at the latest earnings report of Amazon, their low margin online retail business where you can get anything from a case of water to diapers, delivered the day after ordering, brought in billions in revenue and only squeezed a tiny profit, their international online business managed to actually lose money. Why? Because it is a commoditized low margin business model. A company can grow their top line to infinity but if their gross margins are around 3%, they will lose money forever. Where does Amazon make their billions? In very high margin businesses like AWS (Amazon Web Services), advertising, and their very successful affiliate partner business. Please, someone tell me one of Uber’s endeavors is not a commoditized low margin business where they have pricing power (no competition). Please, someone tell me the businesses they are trying to disrupt (taxis, trucking, food delivery) are very high margin and through their technology, efficiency and utilization (we know how that's working for the driver), they will be able to squeeze a sizable margin. All the businesses they claim to have disrupted are historically low margin. Which will be a home run ball for Uber? Rideshare? We know how that's going. Scooters? Read the latest  article I wrote. Ubereats? Show me the money! SDC (self driving cars)? I have a dream!

I wish everyone can search and read Hubert Horan’s articles on Naked Capitalism. He's been a top expert in the transportation industry for thirty years in the U.S. His articles are long but well worth reading regarding Uber and rideshare in general.

As I continued to watch the video and listen to DK, watch him act out his world domination movie, I became ever more convinced that Uber management is living in a subsidized Fantasy Land just like all the millions of passengers we drive around day after day. They shifted the risk from the VC (Venture Capitalists) to the public with their IPO, their bank account is flush with cash of roughly $11 billion ($8 billion from the IPO plus $3 billion existing). What does that mean for the driver? More pain, more cuts in fares and incentives. In fact Uber & Lyft had specific paragraphs in their S-1 hitting on that subject. They both warned of satisfaction amongst drivers to drop as if they have any satisfied drivers outside DAC (Drivers Advisory Council) for Lyft and DAF (Drivers Advisory Forum) for Uber.

Here are some of his quotes, I did not pick and choose, this is like watching a trainwreck in slow motion. I think the Uber CEO & CTO drank from the same bowl of Uber Kool Aid before their interviews.

“If you don’t have competition then you can become complacent because there’s no competition to challenge, this competition is definitely a very healthy thing, it’s very very necessary.”

“When competing in China, both of the companies had to be at our best in order to compete,” Mr. Pham said, and he maintains that “iron continues to sharpen iron on the other side of the planet.”

“Even after we exited China”, ahem, got their butts kicked, “we ran into them in other markets as well,” he added. “Our philosophy is that if they are doing something better in terms of features, we try harder to close the gap and surpass them. In the areas where our services are better, we try not to rest on our laurels because we see them trying to catch up all the time.” 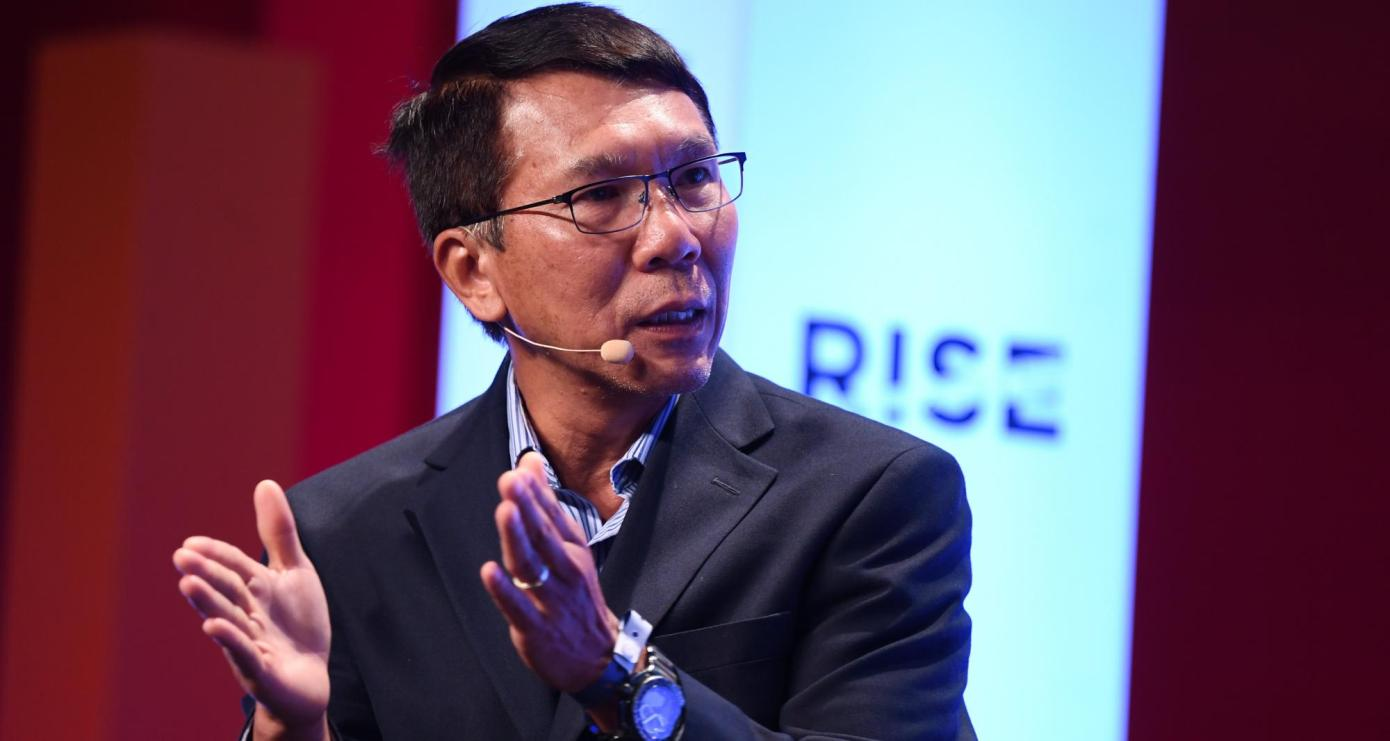 “The industry right now is very competitive, we have local competitors everywhere trying to aggressively expand to grow their business, and we have to compete vigorously."

Uber CTO business model, his words not mine. “But even when Uber does become profitable, the company's business model is unlikely to rake in huge profit margins. Our model is more like Amazon, where we have lots of transactions and maybe make a few pennies per transaction".

His comments on Uber SDC: "When that technology works, that's when price point will drop significantly, and then the market will expand much quicker. And we have an active effort on that technology.”

Until self-driving cars are the norm, Pham said, Uber has to offer new services that get more people using the app at a lower price point, like the Uber Bus service launched in Egypt and Mexico last year, don't forget, river boats in Nairobi, Mr. Pham.

"If people invest in Uber, they should be long-term investments," said Mr. Pham. "We're not in this business for the profit in the next year or two, we're thinking about changing the landscape of transportation. That's going to take years if not decades to fully realize.”

I hope I am around for the next decade or two to watch my kids be picked up on flying Uber taxis. No pool though!

There's nothing wrong with dreaming big, in fact I believe in visualization when I teach golf. You have to see yourself hitting a shot for your brain to allow your body to execute it. However, there's a huge difference between dreaming big and peddling an idea. DK is very good at what he does, he throws many darts for one to stick, for that he's gotten compensated very handsomely for two years of work. I wish they paid more attention to who brought them here. THE DRIVERS! There have been three winners in all of this, the early VC (Venture Capitalists) who reaped returns of 10.000%, top Uber executives (founders Travis Kalanick, Ryan Graves, Garrett Camp all billionaires) and finally the passengers. Who are the biggest losers? THE DRIVERS! Be safe out there!