Uber has new TOS (Terms of Service) for drivers - Here is what you need to know before you sign!

Over the past four years Uber has amended or put out new TOS (Terms of Service) agreements for its drivers, 2015 and 2017 comes to mind with the last one showing up on November 25, 2019. Most of these updates were pushed through the driver app as well as email notifications. In order to continue accessing the Platform, a driver must agree to the new terms and conditions. Most drivers are out there to make money, so they truly don't have the time to fully read these long legal documents, they usually electronically sign it and get back to earning a living.

I have signed the previous agreements and continued driving but on this occasion I decided to read all 27 pages of it. It took a while but I am happy that I did it. During the process, I noticed glaring changes from the older versions. I will not only point some of these but will also tell you how to opt out of Uber’s forced mandatory arbitration provision. I have done so with all the previous Uber TOS without consequences or retaliation, I am still a driver on the platform. Uber will not deactivate drivers for opting out of this agreement. It is your legal right to do so, however if you don't opt out you will lose the right to join future class action litigation and get paid!

What I saw on the Uber driver app on November 25th! 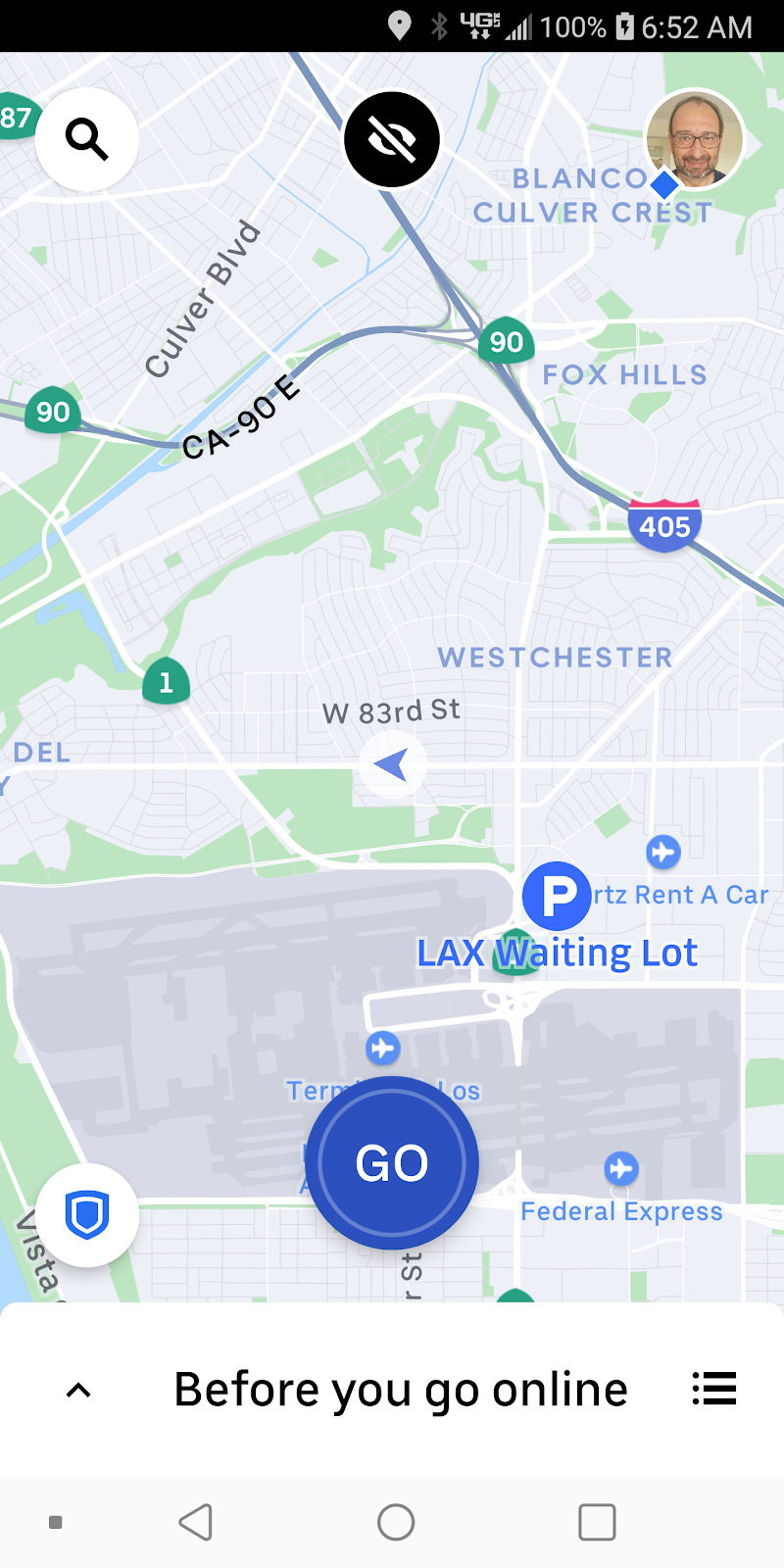 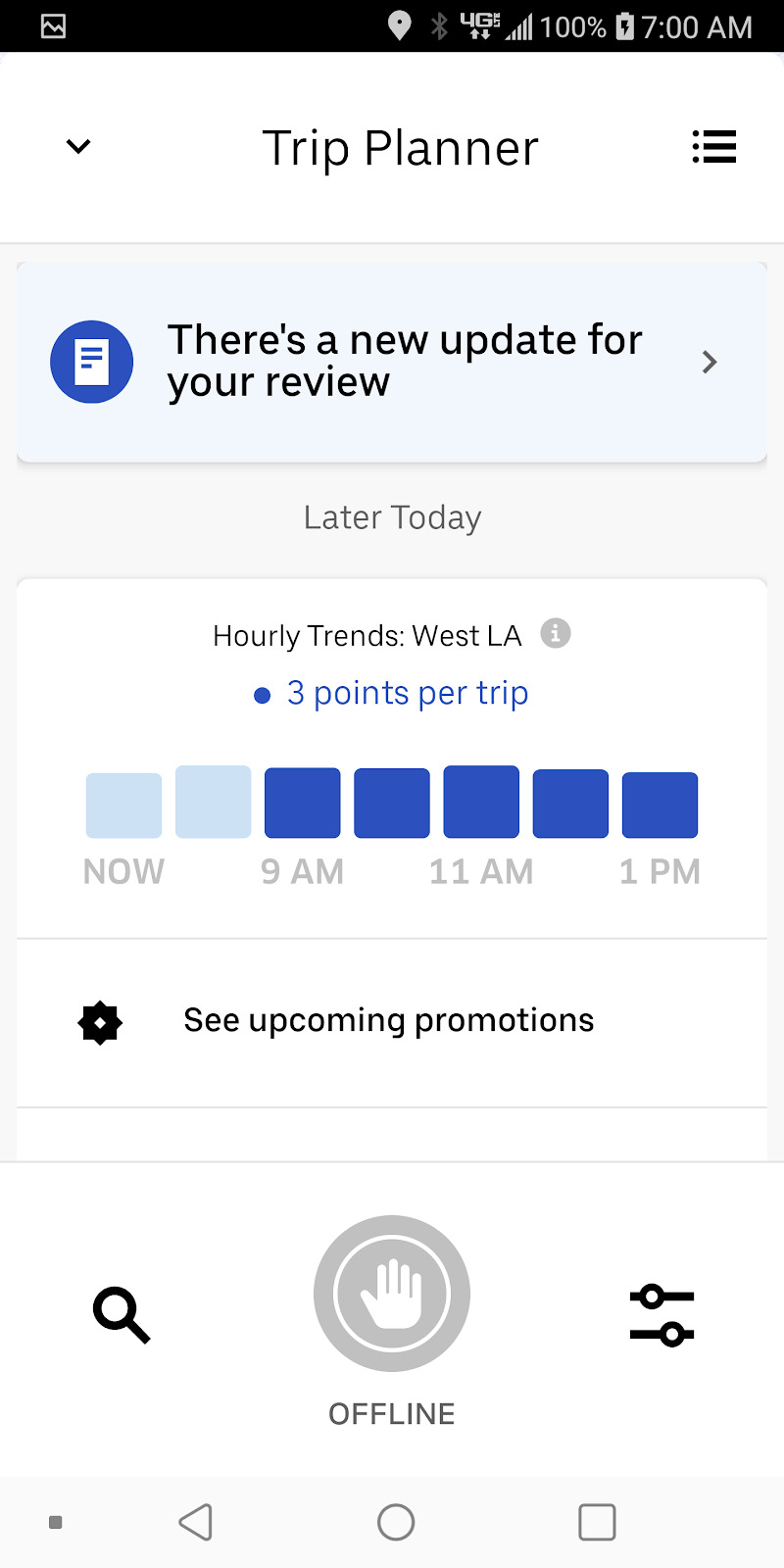 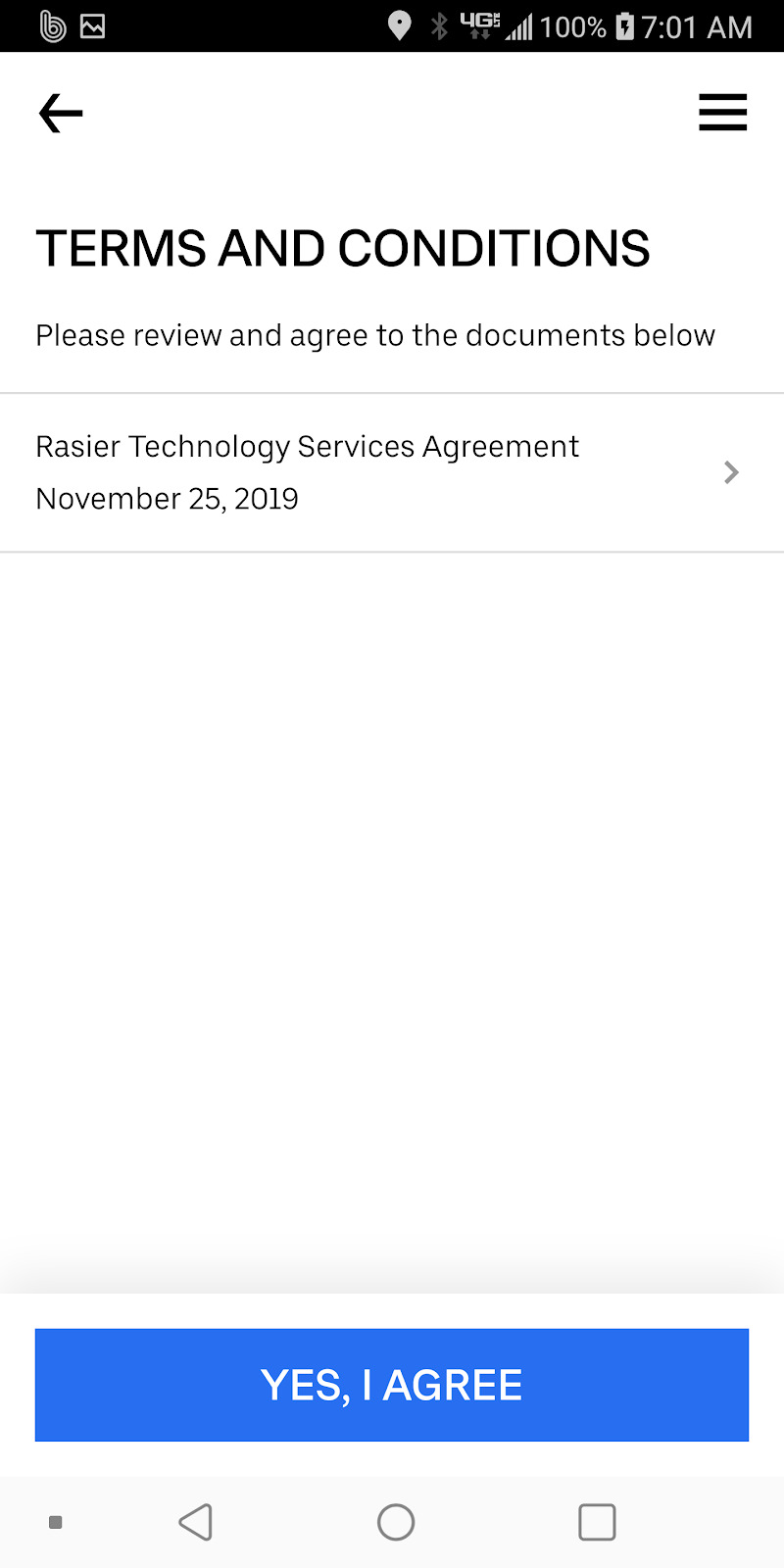 Before I could go online and accept another ride request, you have to go through this process. However, I suggest that drivers opt out of mandatory arbitration with Uber in order not to lose their rights for individual or class action lawsuits. 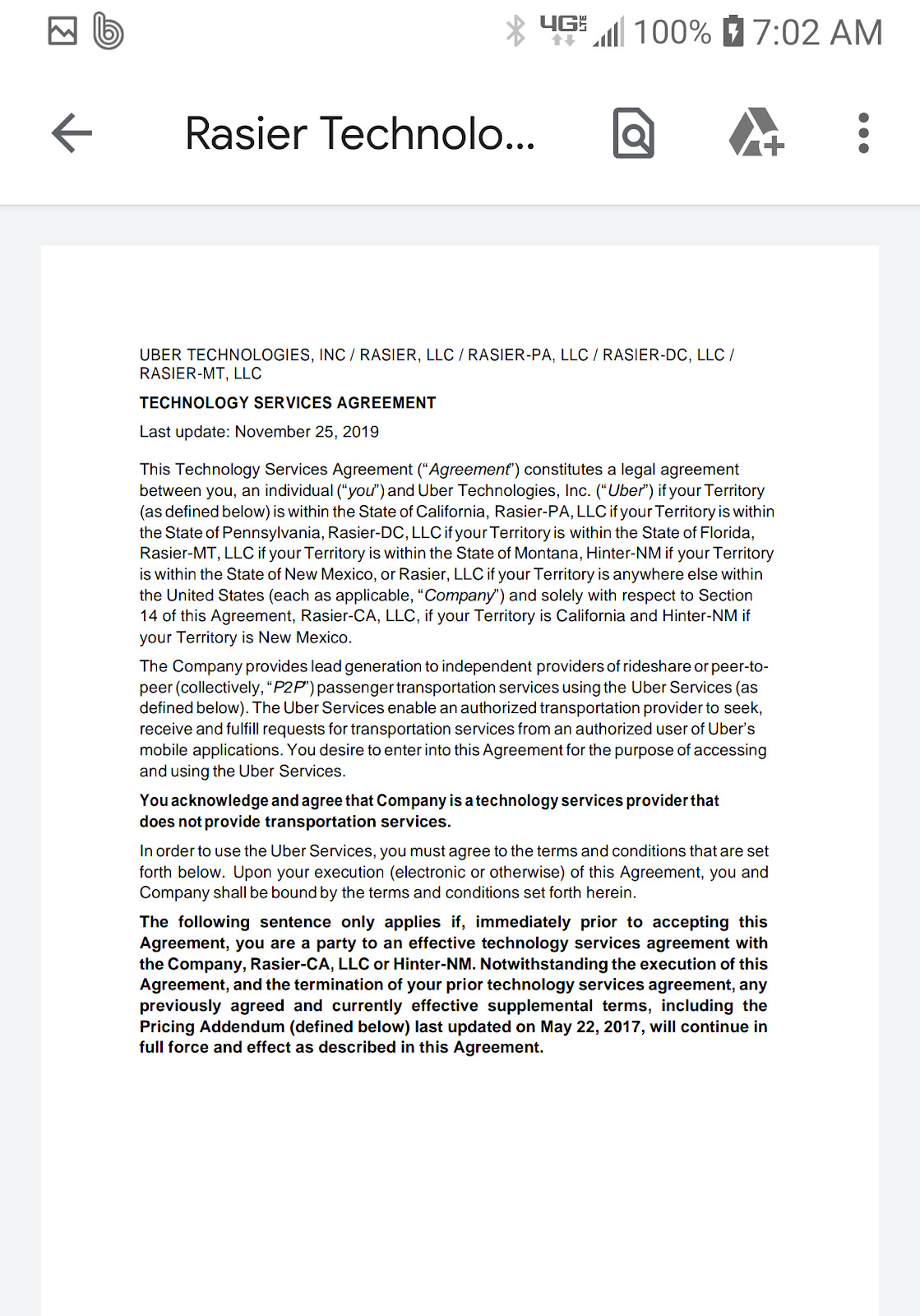 This is the first page of the agreement. Towards the middle of the page in bold lettering you will see that Uber is calling themselves a technology company as opposed to a transportation company. They’re claiming to be a technology platform since their legal troubles with the CA law AB5 is just starting. Because of this law and to comply with the ABC test under AB5, Uber will be disclosing passenger drop off locations to all their drivers shortly as well as length of trip and earnings! Would they have done so anyway without the threat of AB5? I doubt it, but I look at this new development as a major positive for CA drivers. Hopefully, this will be the norm throughout the country. Is Lyft going to follow Uber in this case, it remains to be unseen!

Many of you may agree with Uber’s notion that it is a technology platform, that they only put the driver and the passenger together to create a transaction. However, the argument that Uber is not involved in the transportation services industry has not stood up in the US court system for over five years. If Uber thought it would stand up in court, why did it create a $90 million fund to fight AB5 alongside Lyft and Doordash?

Why and how to Opt out of Uber’s mandatory arbitration clause!

Within 30 days of signing the new agreement, you can send an email with your intent to opt out of this Arbitration Provision or send a letter. Otherwise you’re locked in! In order to keep your legal right to bring suit to Uber as an individual or as a class action member, you must opt out of mandatory arbitration.

Follow the few simple steps below and you will be excluded. I have been a member of RDU (Rideshare Drivers United) for over a year, they’re are a Los Angeles based organization for drivers rights. You will not be enrolled in RDU if you use their link, you may do so if you wish after completing the opt out form. It is very simple to fill out the pre-configured form and email it to [email protected]. Click on the link below and you will be directed to the opt out site!

This is what you will see, just follow the simple directions and you should complete the job in less than five minutes. 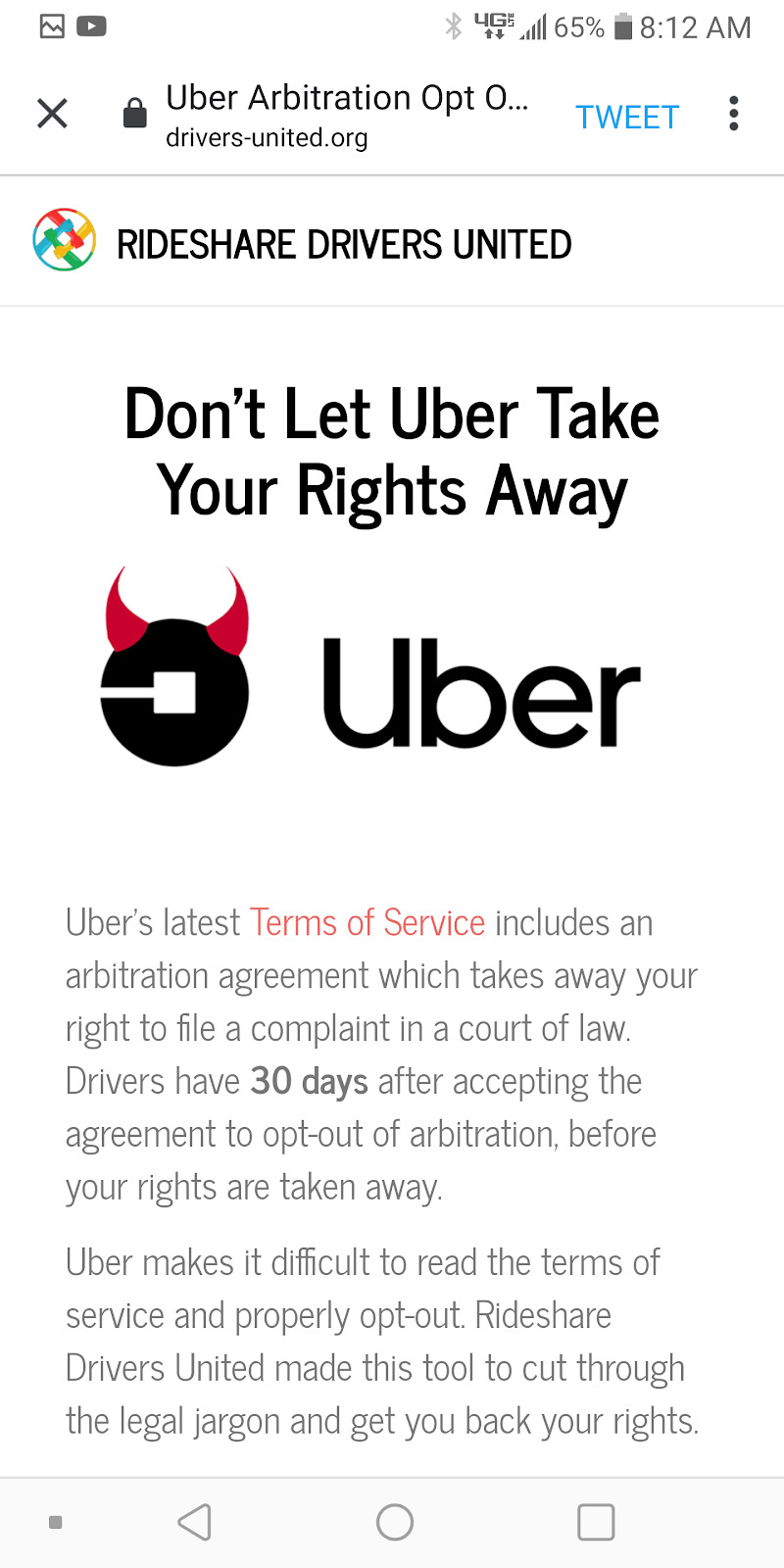 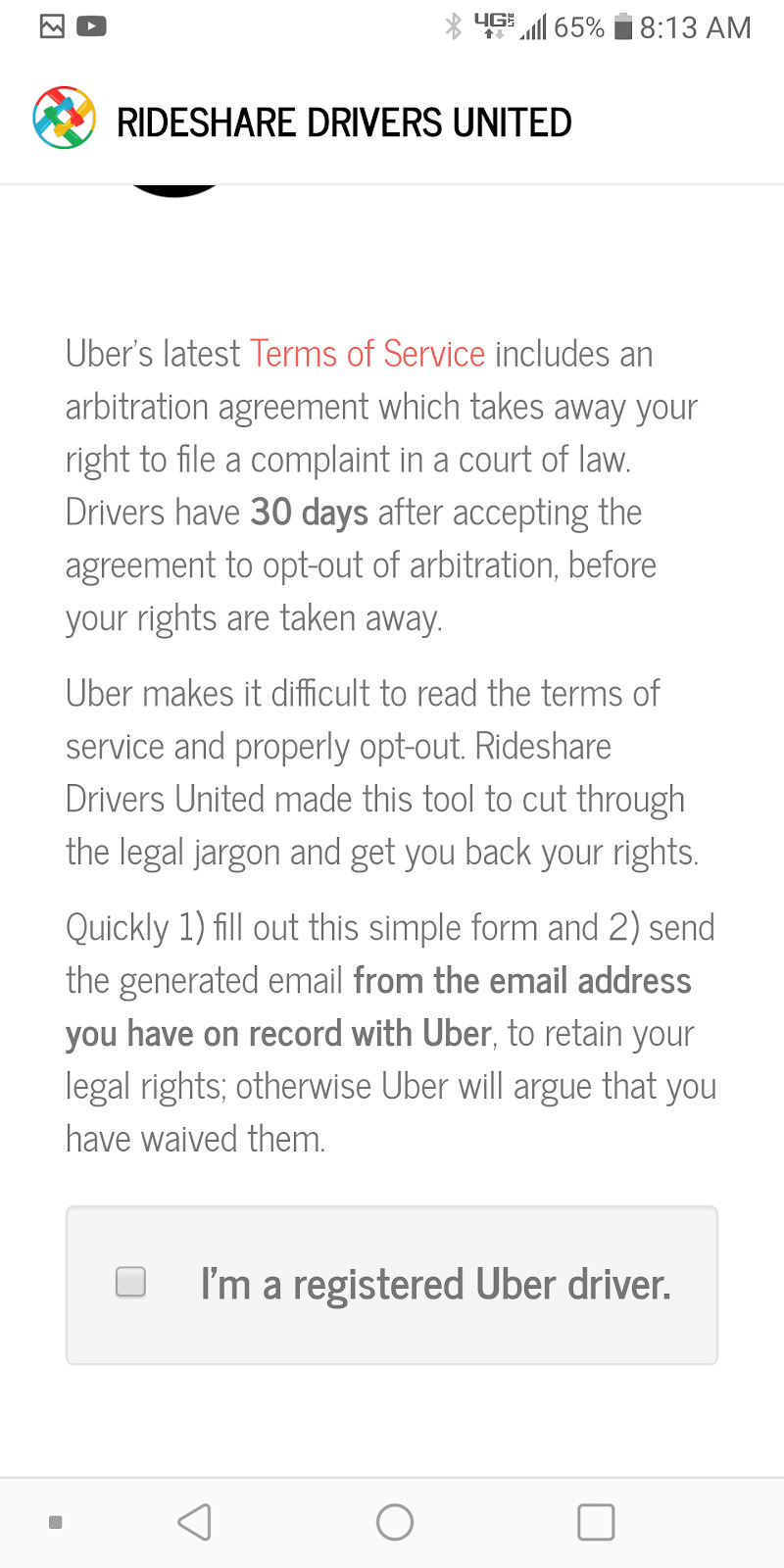 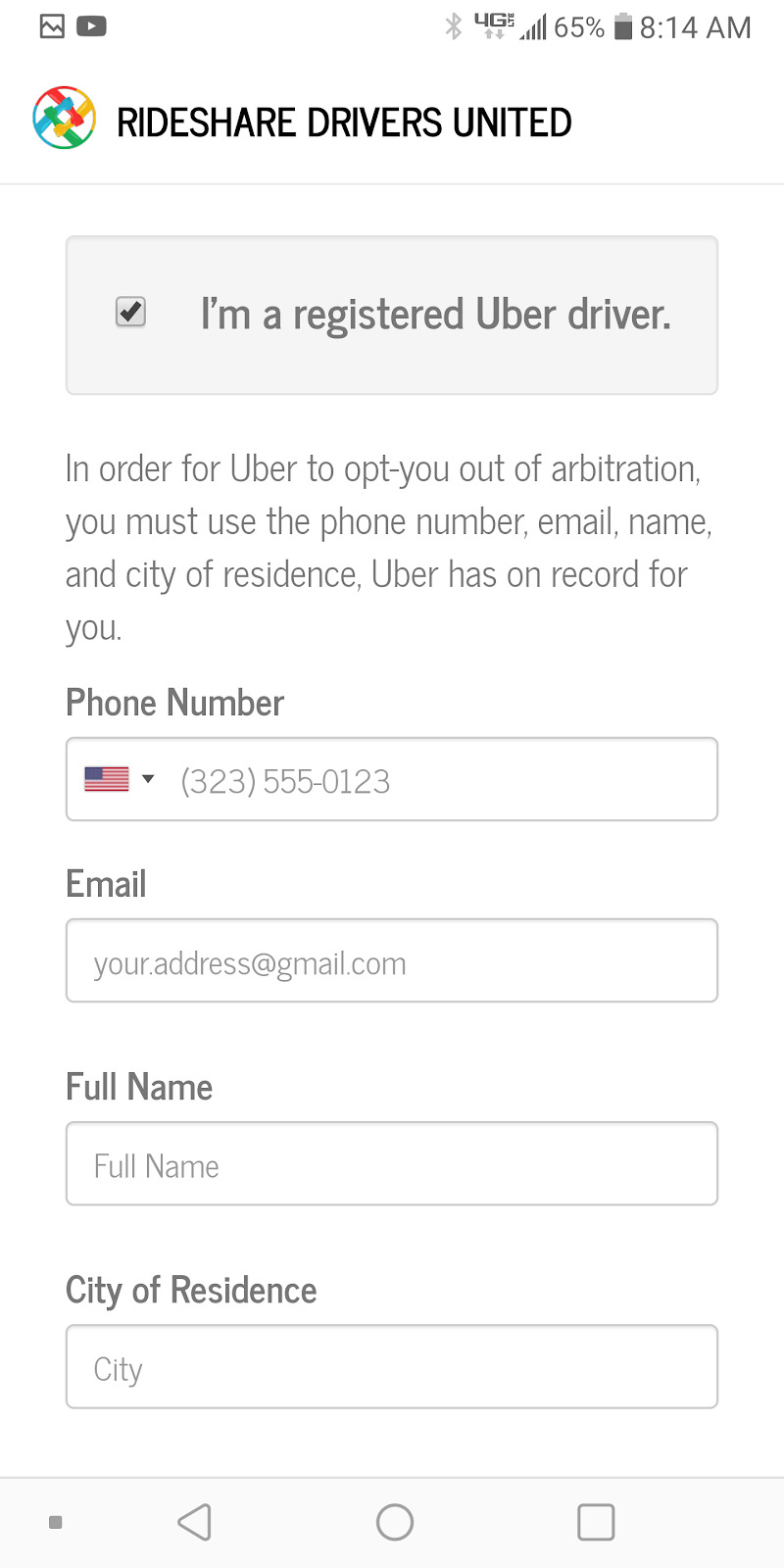 Once you are done filling out the simple forms as directed, you will see these screens, again just follow the directions. There are two methods to opt out, you must use the phone number and email that is attached to your Uber driver account. 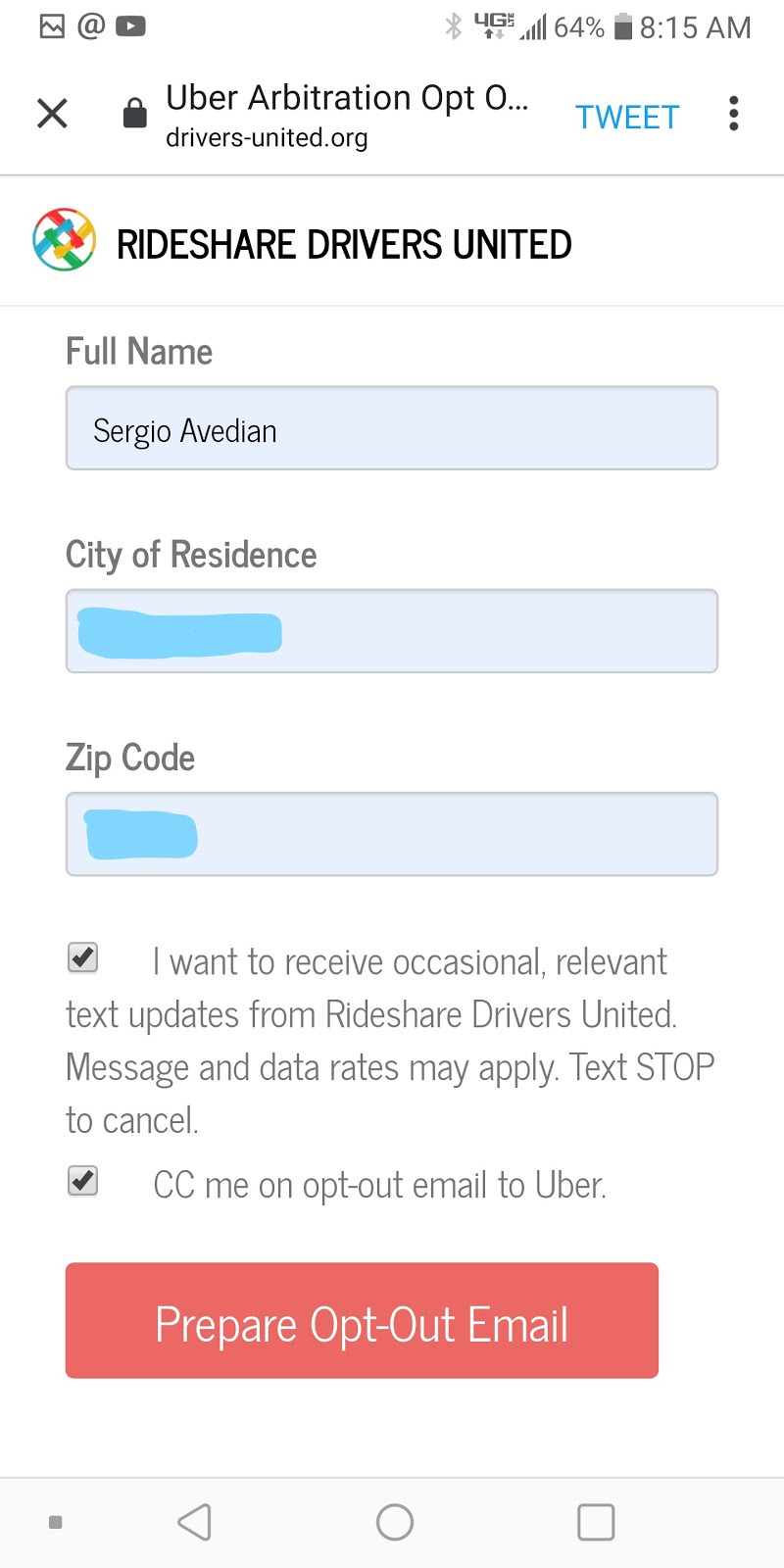 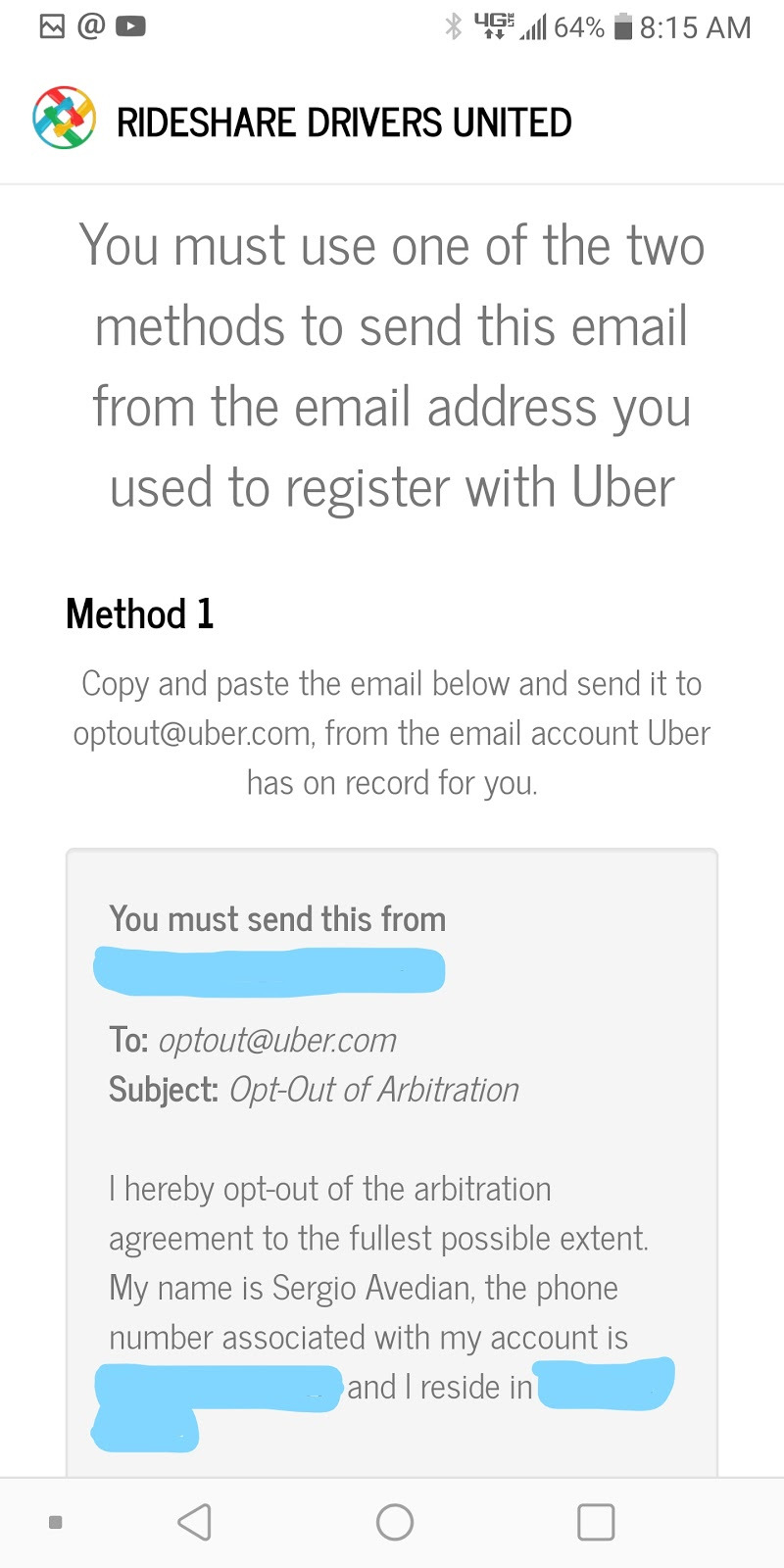 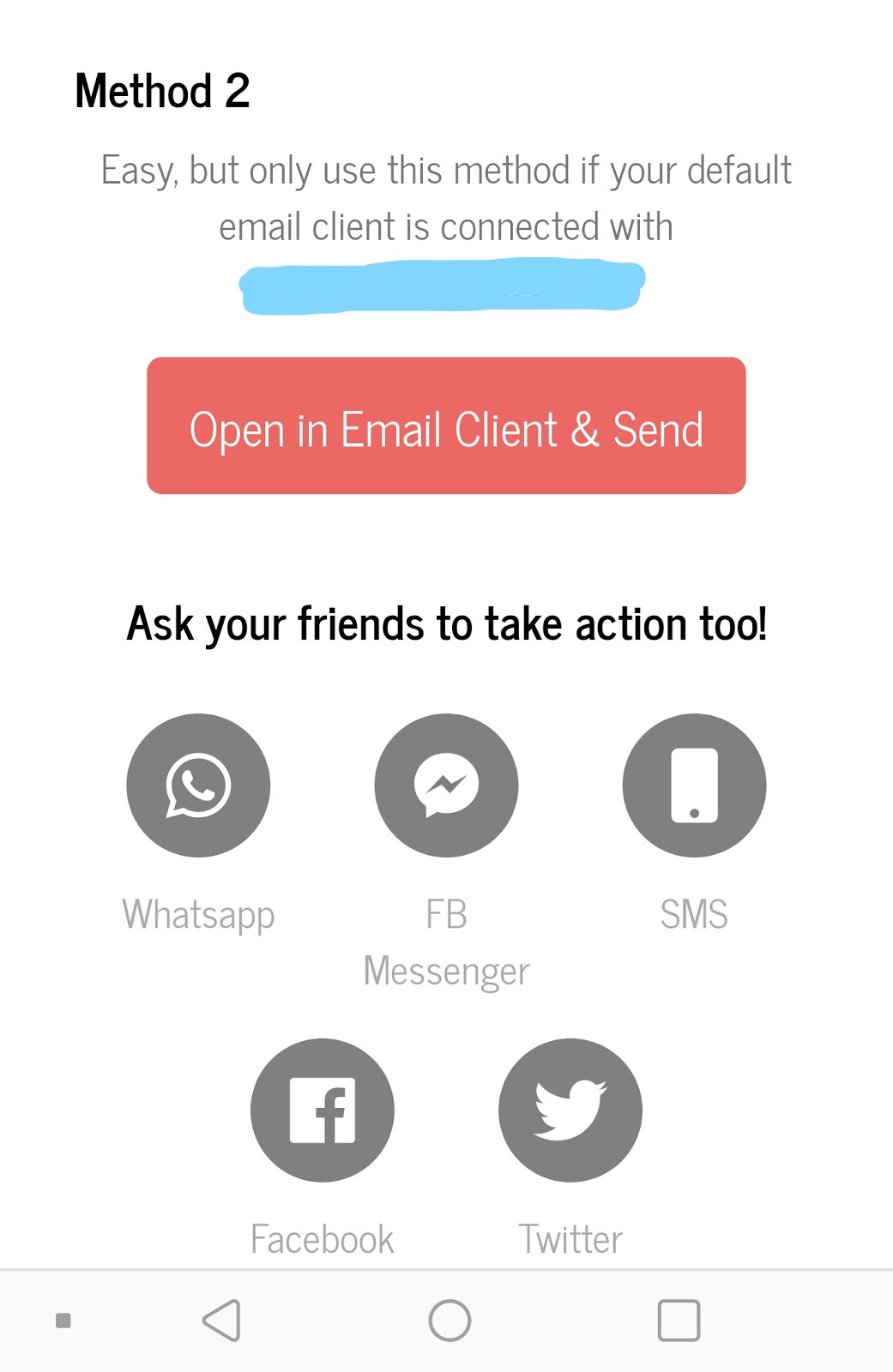 After filling out the forms, your email to opt out is automatically created and it will look like this, I have also attached the email sent to [email protected] and the email I received from Uber. 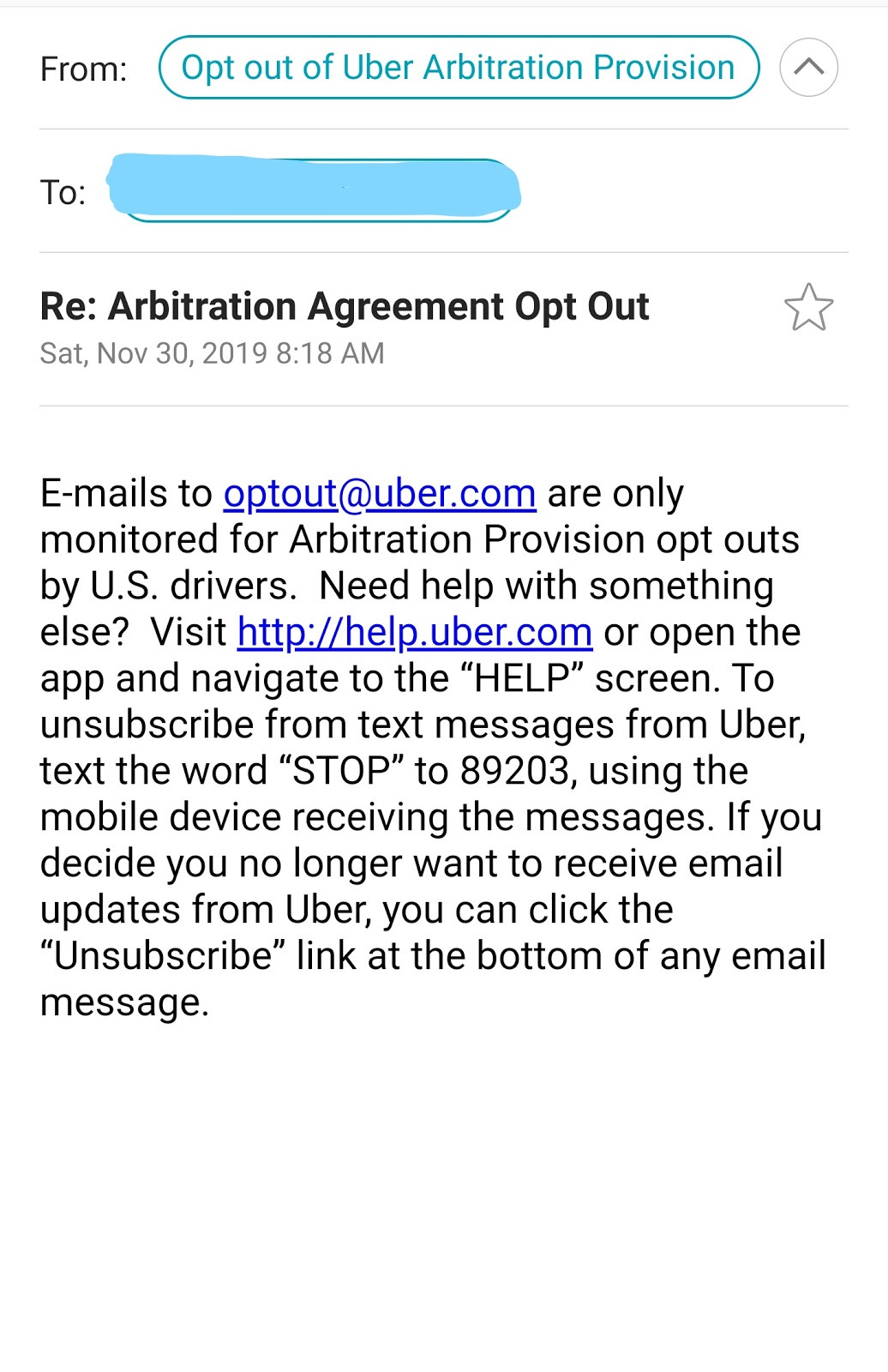 Will Uber retaliate if I opt out of mandatory arbitration?

Simply put, NO! I have opted out of every single new and amended agreement Uber and Lyft have sent my way over the past four years and I am still active on both platforms as a driver as well as a passenger. Uber’s agreement distinctly states that opting out will not cause retaliation by Uber in the form of deactivation. 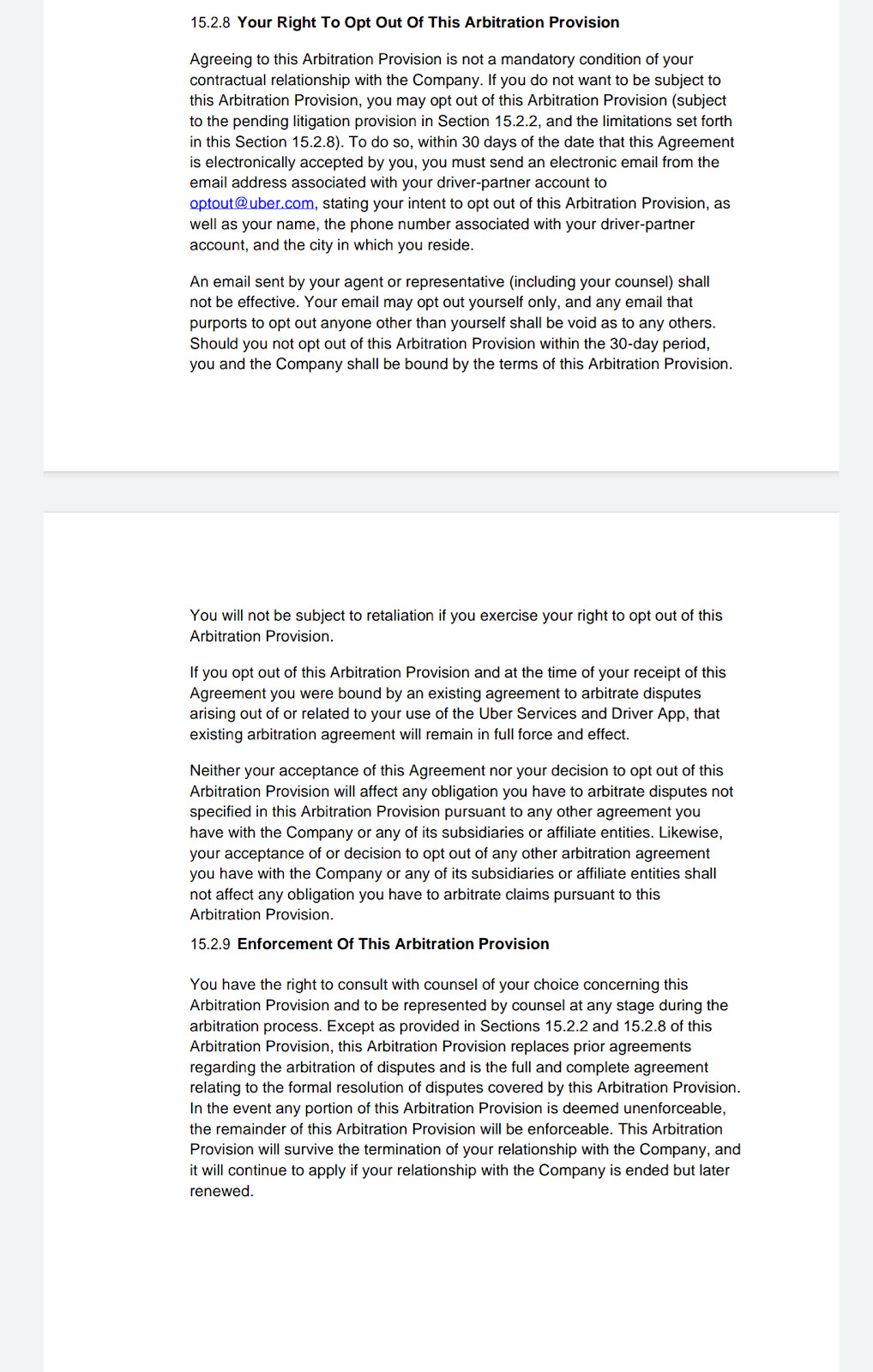 As you can clearly see at the start of the second page of Uber’s agreement, it states, “You will not be subject to retaliation if you exercise your right to opt out of this Arbitration Provision.”

What is Mandatory Arbitration - Are there cases pending against Uber?

Uber has been involved in dozens of lawsuits since its inception just a mere decade ago. If you are interested in all the settled class action cases against Uber, please click on the following link. https://www.classaction.com/uber/settlement/

Binding arbitration agreements were formalized in 1925, allowing two corporate entities of roughly of equal size to resolve their disputes outside of the courtroom, saving both parties a lot of money and time, but since then, the primary use of arbitration is to force employees, customers, patients and other comparatively weak parties to surrender their right to sue (or join class actions) as a condition of going to work, seeking care, or simply driving for Uber. Instead, people who have been crammed into binding arbitration agreements are forced to argue their cases one at a time in a privatized courtroom, where the arbitrator (in most cases an ex judge) is often a contractor for the corporation whose conduct gave rise to the complaint.

A notorious example of this is the gig economy, where employees are turned into Independent Contractors through a legal fiction. Then they are deprived of their rights to join class action suits over unfair treatment thanks to the arbitration clauses in the TOS. They click through the mountain of legal information when they sign up or in the middle of a shift and sign it. When Uber went to court to argue that its employees weren't employees, it defended its binding arbitration, saying that the company would of course pay for the arbitration fees in the states that require it. 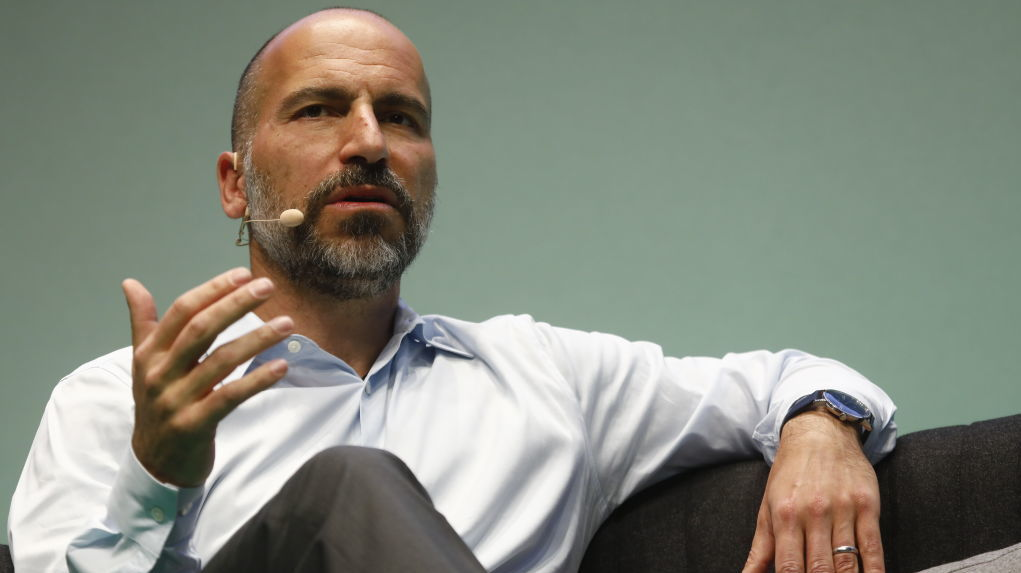 12,501 Uber drivers took the company at its word and filed arbitration claims in California. Under the terms of the contract that Uber crammed down these drivers' throats, it must now pay $1,500 per driver to JAMS, the arbitration service it uses for a total of $18.7 million. But as of now Uber has only paid the filing fees for 296 of these driver’s cases and of those, only 47 have had arbitrators appointed to them, furthermore Uber only has paid the retainers for only six of those arbitrators. As you can see, delay tactics are being deployed in these arbitration cases by many gig economy companies.

So, according to the drivers’ lawyers at Larson O’Brien, a grand total of six arbitrations against Uber are primed to move forward. More than 12,000 other arbitration demands, many of them filed more than three months ago are stalled at the very first step of the process that Uber has long touted as an efficient and cost-effective alternative to litigation. What are we to make of these statistics? The drivers’ lawyers claim the disheartening numbers are evidence of Uber’s bad faith. When the company was in federal court litigation to enforce its arbitration provisions, the drivers’ filings said, Uber assured the 9th Circuit that it would pay the necessary fees to allow drivers to arbitrate their claims individually. But now that drivers have actually filed demands, their lawyers said, Uber has rejected those representations. The accusations against Uber are the latest and most striking example of what seems to be a developing trend of plaintiffs calling out companies for failing to honor by the very arbitration provisions they unilaterally imposed on its drivers.

I definitely recommend every driver to opt out of the mandatory arbitration provision in the latest Uber TOS. As with many settled and currently ongoing lawsuits, the drivers had better results in joining forces against rideshare companies like Uber and Lyft than go to fight with them on their own through the arbitration process. Is Uber playing dirty by not paying their share to start these cases? Of course they are but can we expect anything else? Uber has proven to play hardball since 2010 but I have a feeling that things are about to change. The regulatory agencies in NY as well as CA are going after Uber and Lyft in ways that could threaten their existence but I think it is time to stop the abuse of the driver!

What will you do? Will you opt out? Is arbitration worth your time and money? Have you opted out of previous agreements or updates?