How to Get Rid of Strong Food Odors from Your Car 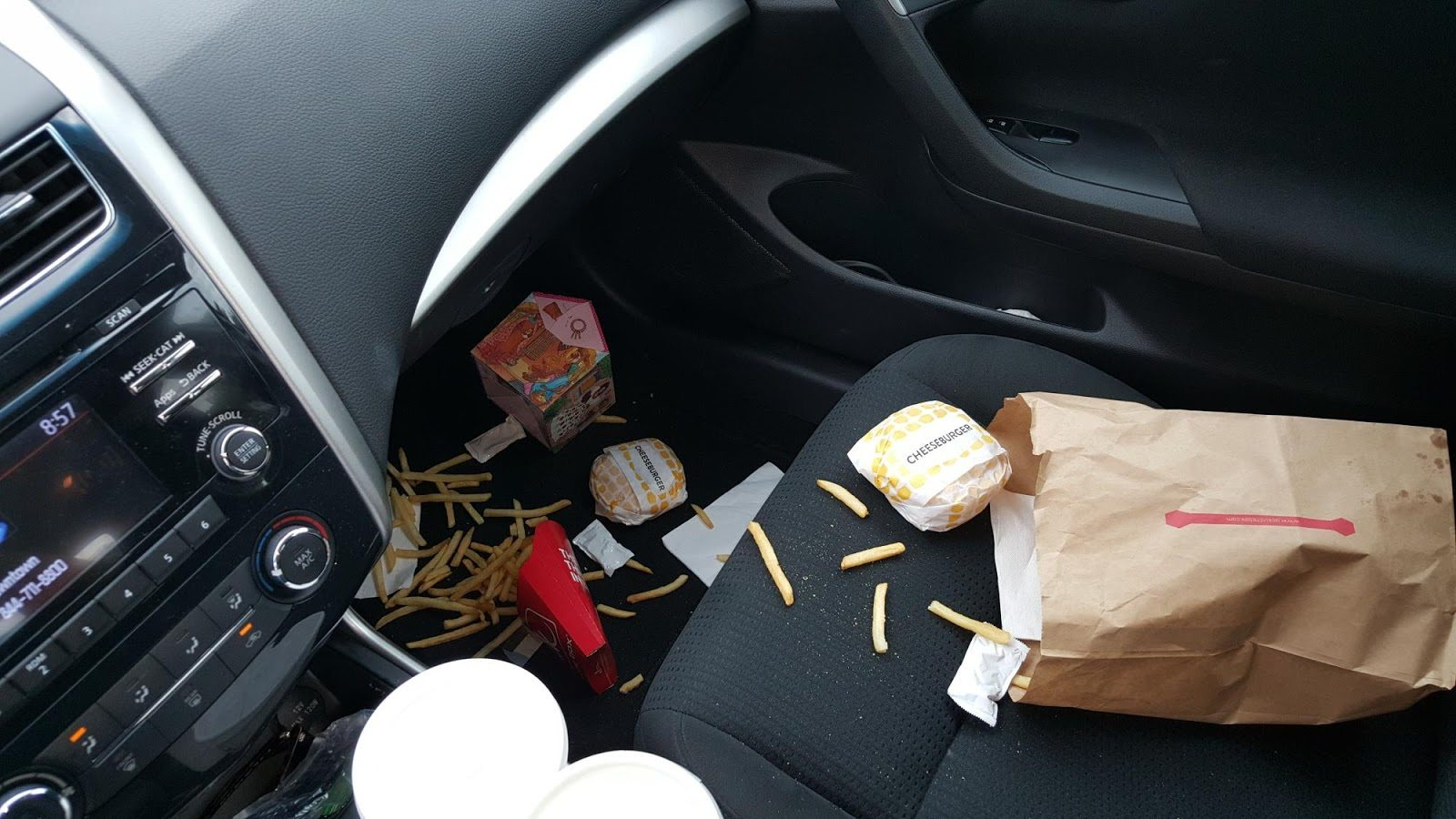 There are good smells and bad smells, but it always seems like the bad smells linger with more pungence and fortitude than the good smells. Food odors can be one of the most pervasive smells in a small space like a car. In a dream world, passengers would never bring food or eat while they are in an Uber, but the world is not a perfect place. Some smells are quick and easy to get rid of, and others take a little more effort. One thing is for certain, no one wants to ride in an odiferous car.

Sometimes the best (and quickest) thing to do is to roll down the windows and let some fresh air in. This is simple but it can be effective to at least start clearing out a nasty odor.

Keeping air fresheners or an air freshening spray, like Febreeze, in the car at all times can help get rid of a smell or at the very least mask it before picking up your next passenger. If you want to be preemptive, there are a few natural ways of keeping a car smelling delicious all the time. Some of the most popular scents to have on hand are vanilla and coffee. These are well liked by lots of people, so your passengers shouldn’t have a problem. You can take cotton balls and dip them in vanilla essence and tuck them around the inside of the car, so there is a faint but continuous scent of vanilla wafting throughout the car. Keeping an open container of ground coffee in the car will also mask a lot of smells but be careful to place it somewhere where it cannot tip!

Difficult odors have staying power because they have infiltrated the upholstery in the vehicle. Getting rid of those odors takes a little bit more work than hanging up an air freshener or opening the windows. Vacuuming is a great way to get rid of a lot of odors in a car. It pulls the unfortunate smells out of the upholstery and leaves the car smelling fresh and clean.

It is unpleasant having to be in a car inhabited by a difficult smell. The best thing to do is take care of the smell right away, so it can’t worsen. If you need to, turn off your app and find a spot to air out your car before picking up more passengers.