The Micro-Mobility Trend, the Economics of it, & the Effect on Rideshare Drivers (Part I)

The following two part series is a fascinating look into the Micro-mobility trend that is currently sweeping the country. In Part I, I am going to dig into the proliferation of thousands of these units taking over the sidewalks and gradually becoming a nuisance for local residents but also creating hazardous conditions for drivers and riders. In Part II, I am going to dig deeper into the economics of the Micro-mobility trend itself and look into the effects of this trend on rideshare drivers. Since all these companies are jumping in with both feet, it must be a very profitable business. Not so fast, you have to come back for the results!

Depending on the city you live in, the Micro-mobility trend (Dockless electric scooters & e-bikes) is in full force. I live in Los Angeles and the streets are littered with thousands of these scooters and bikes. Bird was the first company to show up but I guess first to market is a meaningless accomplishment. Lime showed up next and then Uber and Lyft decided to heavily get in the game by investing in or buying existing companies. Uber bought Jump outright and invested in Lime and Lyft bought Motivate. 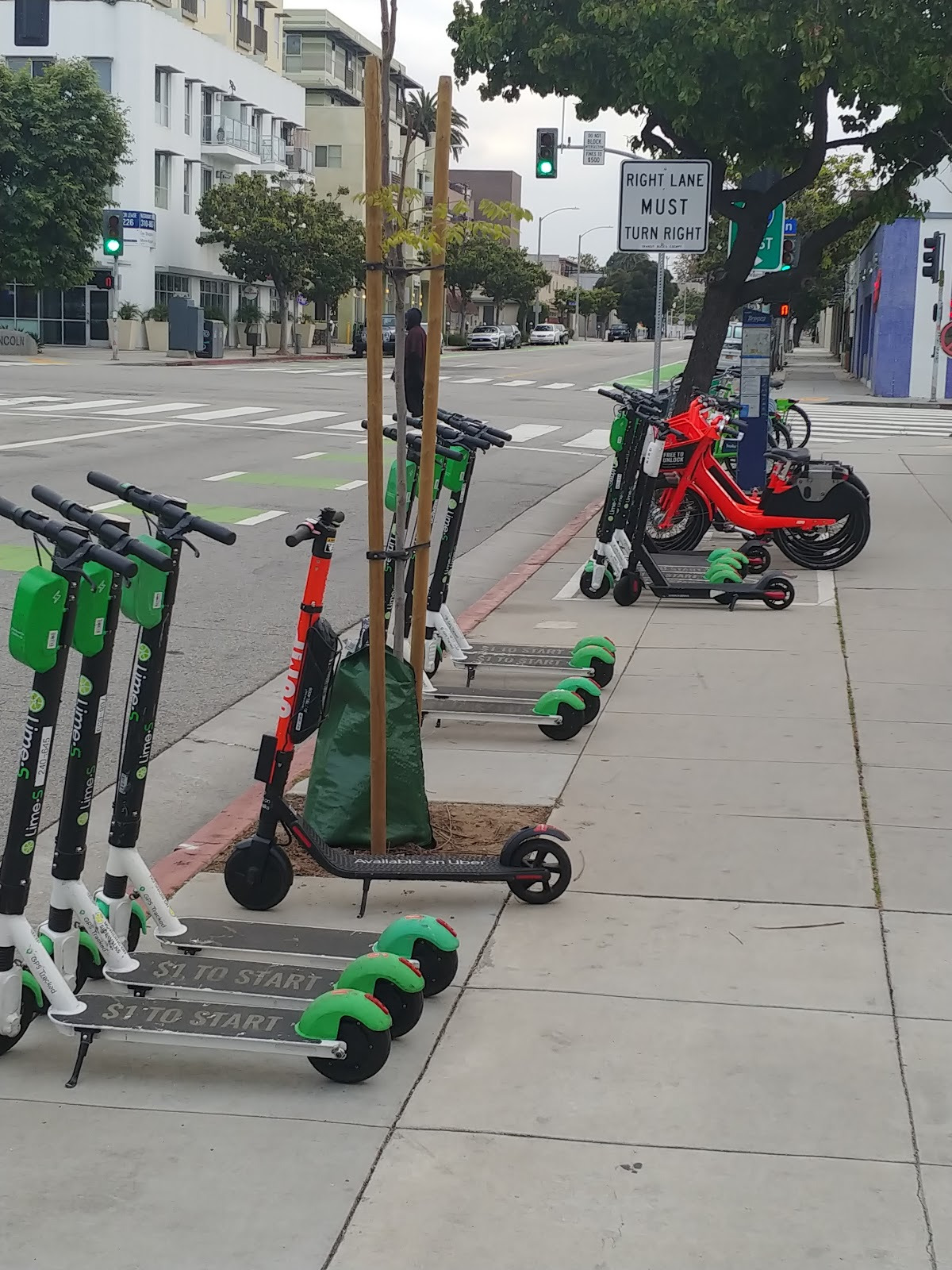 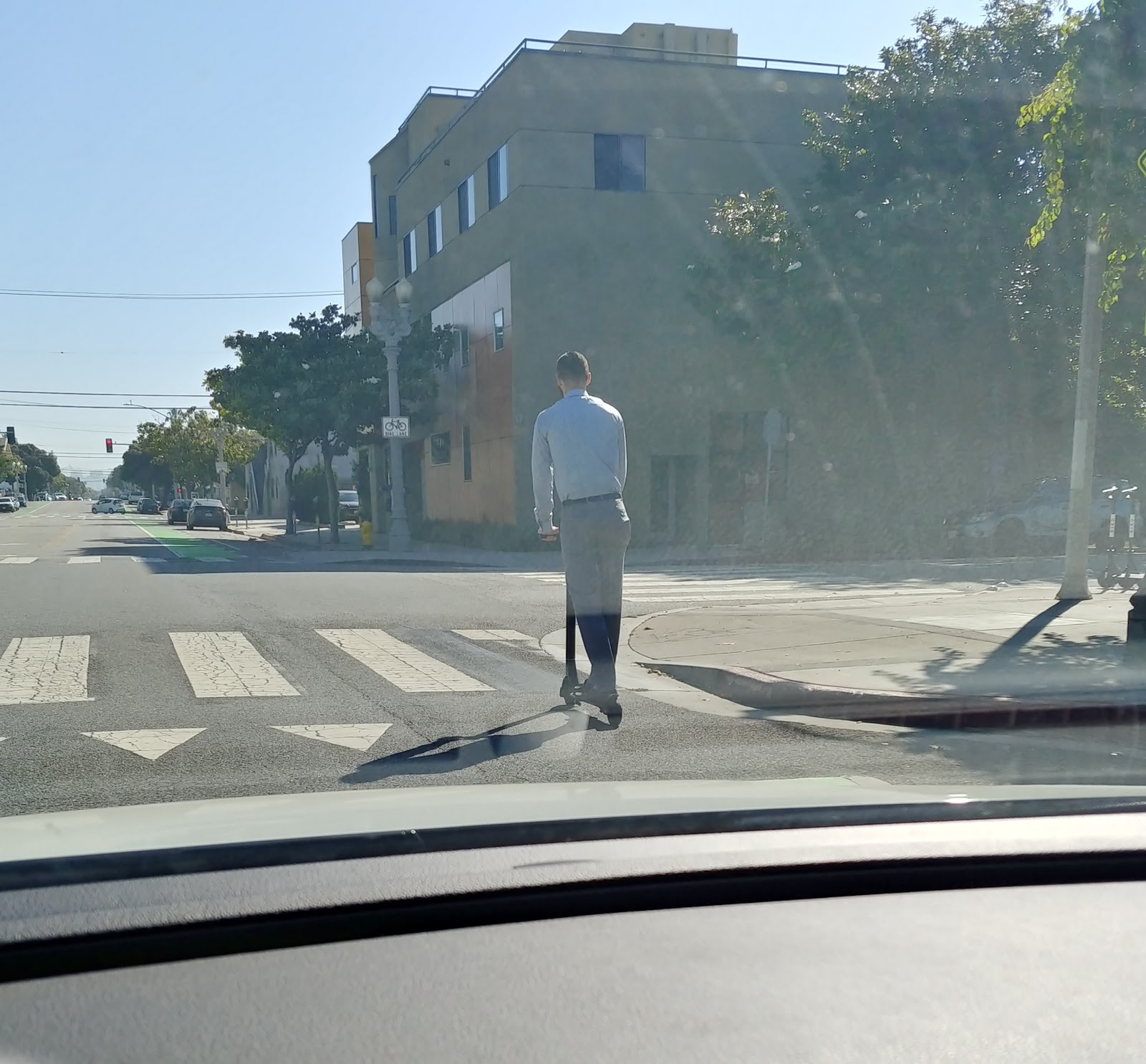 Easy access to scooters/bikes on the Uber & Lyft platforms!

In the following screenshots you'll see how prevalent these scooters and bikes have become in our cities. As Uber & Lyft did with their rideshare business, they decided to flood the market with thousands of these two-wheeled transportation devices to cover for the last mile gap that exists from public transportation to individual car rides. Is the answer to follow the same playbook as their perspective rideshare business? Simply to over saturate the market to grow the rider base (top line growth at all cost) doesn't seem to be working for their main source of revenue, rideshare, and their losses into the billions of dollars keep piling up. When will Uber & Lyft be profitable in any venture they take on? That's a subject for another article.

These screenshots were all taken on my cell phone while I was parked in Santa Monica CA, the area on the maps represent a maximum of three square miles. Doesn't it look like there are more scooters and bikes than possible riders? They are littered everywhere and other than a few riders I don't see any of the companies achieving decent utilization rates hence no path to profitability. Well discuss Scooternomics in Part II!

This is what you see when you turn on your Uber passenger app since they have integrated Jump e-scooters, e-bikes, and Lime scooters about a month ago. The red dots are Jump scooters/bikes, the green dots are Lime scooters and the yellow dots are drop off points (no one pays attention to any rules).

This is what you see on your Lyft passenger app. Lagging behind big brother Uber as usual, Lyft is under represented at this point, I am sure they're not happy about it but it may be a smart decision after all when you look at the economics of this trend in Part II.

They were first to market in Los Angeles but they're getting over run by many other copycats.

Uber invested in Lime before they decided to buy Jump for a few hundred million dollars, however, they integrated their dockless electric scooters into the Lime passenger app. On the Lime app, there are so many of these units that they had to condense it to batches of 100+!

Imagine superimposing those four screenshots above, looks like you have more scooters and bikes than humans in a three square mile area. Is Uber and Lyft cannibalizing their most profitable part of the rideshare business? Shorties? Read more about my analysis in Part II.

Is the Micro-mobility trend a lasting form of transportation or just a fad?

They are cheap, convenient and fun, not to mention illegal. California state law prohibits riding scooters on pavements and most roads, you're supposed to ride them in bike lanes but there aren't enough bike lanes to keep up with the demand. . As a result, you have riders competing for space with SUVs and cars, and it is easy to guess who will come out the winner in a collision between a car and a scooter. Accident reports are increasing exponentially involving scooters around the country, and sadly, with a few fatalities.

All the companies mentioned above rushed to market, not to be outdone by one another, but the city and state governments were not ready for them. Most cities didn't have laws in place to regulate this onslaught of dockless e-scooters and bikes. Now it is a race to catch up but the cat is out of the bag, is it really necessary to have thousands of these units out for service simultaneously?

Imagine being blind sided with one of these things while you're negotiating a right turn. As a rideshare driver, I encounter them on a daily basis and these riders think they own the road whizzing through stop signs, dodging in between cars, and flying up on the sidewalks. A vast majority of these riders also don't wear a helmet since it would take away from the convenience of using a scooter. After usage, they are simply dumped in front of peoples houses, office buildings, beach walk paths etc. Local residents are up in arms for the city to regulate and in fact ban them all together. Nashville mayor just sent out a cease and desist letter to all micro-mobility companies operating in the city. I have even heard that they are being vandalized by having their brake lines cut, so a word of advice, check your scooters breaks before you push off.

Up until now, scooters have largely been seen as a toy for children, or a budget version of the Segway, which was laughed out of the consumer market in the 2000s. If anything, Bird, Lime, Scoot, Wheels, Jump and other startups are normalizing scooter commutes for adults, essentially becoming public showrooms and brand reputation managers for electric scooter companies. Once scooter commutes are accepted as a dignified option for urban adults, what's to stop commuters from buying their own scooters? In fact, in the long run it is much more cost effective for regular scooter users to buy their own ride.

Then there is a seasonality factor to consider. CA and warmer climate states may be the perfect spot for these companies to unleash their fleets of e-scooters and electric bikes but as with ridesharing, oversaturating the market and expecting different results is madness. Micro-mobility is not a fad but it is also not going to be profitable for Uber & Lyft any time soon.

What is your opinion regarding dockless electric scooters and bikes? Are they here to stay or is it a fad? Do you use them for your transportation needs or just for fun?