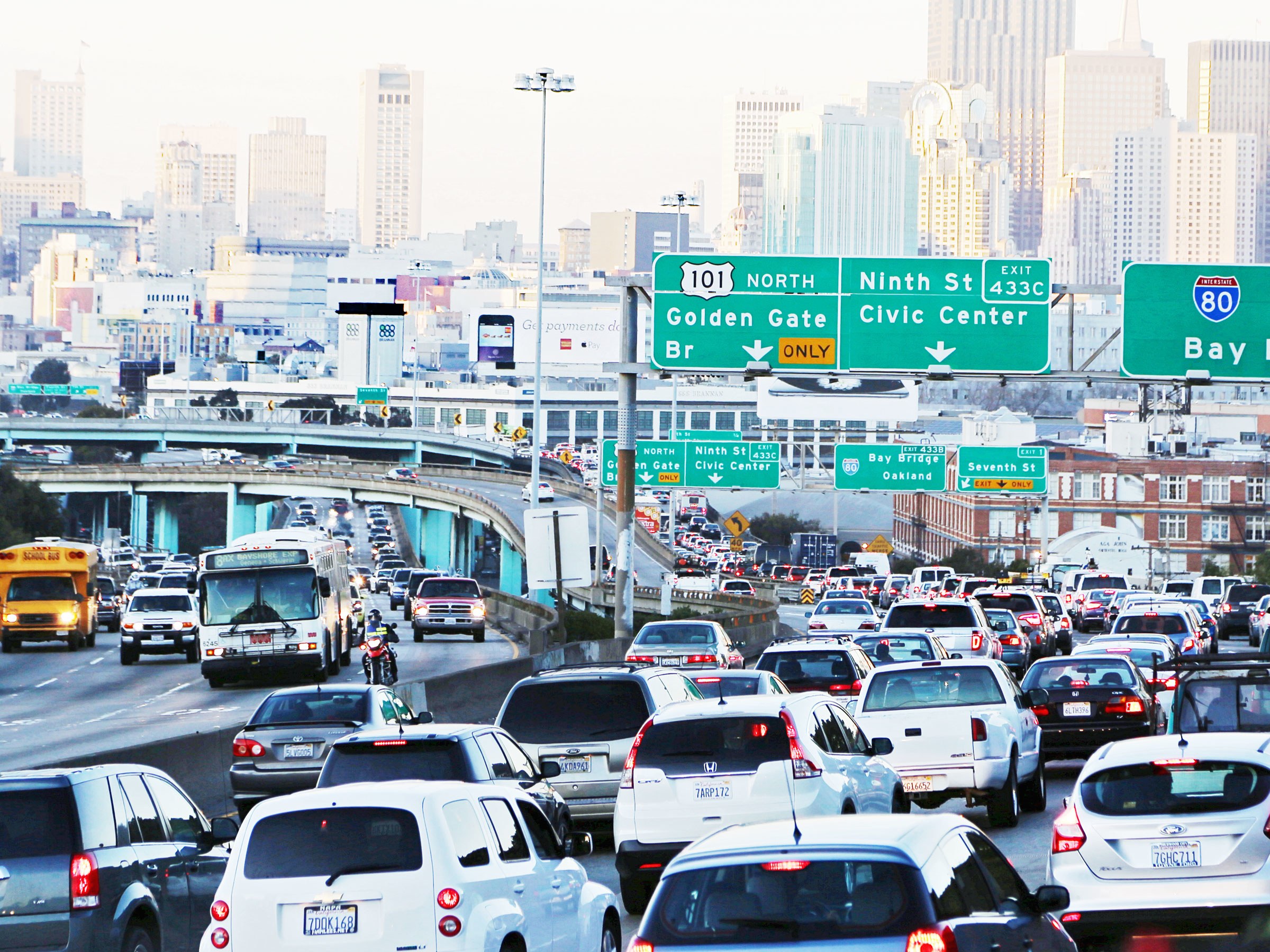 A new study revealed the truth about how rideshare companies are worsening traffic in cities across the United States. When rideshares like Uber and Lyft were first introduced, they were supposed to alleviate the traffic issue and reduce the amount of personal car ownership in major cities.

In San Francisco between 2010 and 2016, there was an increase in daily vehicle delay hours, which is how many hours are spent the car due to traffic congestion. Uber and Lyft are said to be responsible for 51% of this increase, as well as 47% of the increase in miles traveled, and 55% of the average speed decline on roadways. The other factors that contributed to this increase were expected factors such as population increase.

Lyft responded to the findings of this report saying that the statistics were not an accurate representation of the factors that have contributed to the increase in traffic in San Francisco. The report does not include factors such as the amount of construction, the impact of the growing freight and delivery market, tourism, and more.

One of the things Uber and Lyft are doing to help combat the bad press of increasing traffic is increasing their investment in other transportation options such as electric bikes and scooters. Additionally, the companies are focusing on developing carpooling services that limit the number of idle rideshare vehicles by allowing passengers going along a similar route to share a car.

Uber and Lyft both offered to partner with public transportation services, specifically in San Francisco, to get to the bottom of the root causes for the increase in traffic and what impact it could have on the city’s residents. Some may argue that the increase in traffic is a good thing, because it indicates that there are more people visiting the city and therefore stimulating local business and economy. However, on the other side of the argument, the increase in traffic could have a detrimental impact on the number of deathly vehicle accidents on the road.

In 2010, right before Uber and Lyft began their massive expansion, the number of traffic fatalities hit its all-time low since 1949. Ever since the rideshare companies have become widespread, and almost “mainstream”, the number of deadly car accidents has increased.

According to researchers from University of Chicago and Rice University, the rideshare companies are associated with a 2-3% increase in the number of motor vehicle fatalities. The research paper is not yet published, but a draft was recently released that highlighted some interesting statistics.

The findings from these studies are proving that although it may not be quantifiable just yet – there is a clear relationship between the existence of rideshare companies and the amount of traffic congestion the city experiences. These topics will no doubt continue to be studied by statisticians and researchers across the world, while in the meantime, companies like Uber and Lyft will work with local transportation authorities to figure out how to co-exist in a way that is beneficial to the members of society.