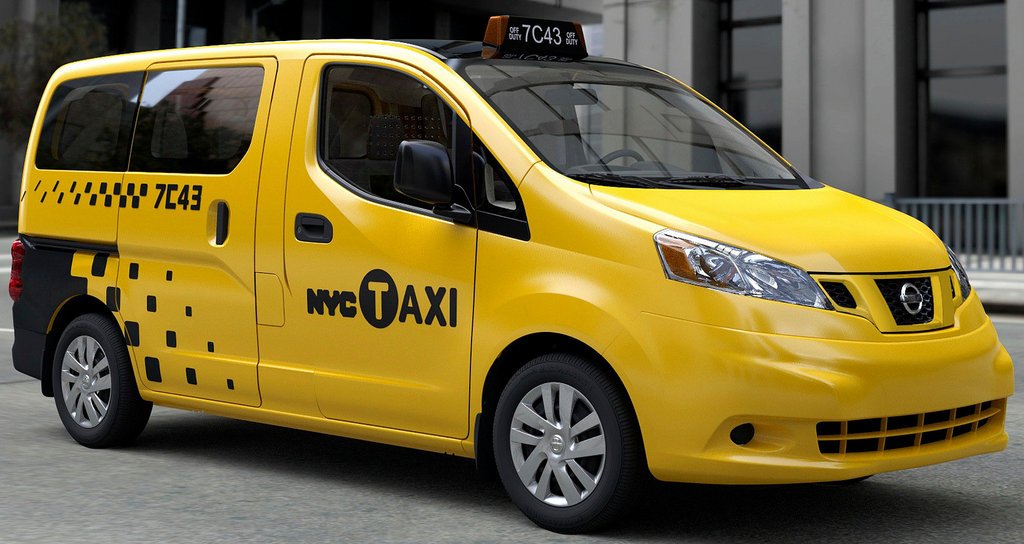 It is pretty common knowledge that in most cities Uber X is cheaper than a traditional yellow taxi but if you are traveling with a larger group should you take an Uber XL or a Van Taxi? Which is cheaper, Uber XL or a minivan cab? We did some research on the subject so you can make sure to find the cheapest ride for your group of 5 or 6.

First, what is a Van Taxi? A van taxi or minivan taxi is still a traditional yellow cab but instead of a sedan that can only seat up to 4 passengers, the car is a minivan that can seat up to 5 or 6 passengers. Uber XL is Uber's version of a van taxi, an Uber XL is also a minivan car with seating for up to 6 people.

Since both options are similar in regards to how many people they can transport, we wanted to see which option was cheaper. It is important to note that in most cities van taxis are the same price as sedan taxis so for our comparison we are using our traditional taxi price estimates to compare with Uber XL estimates.

The first comparison we completed was in New York City from Grand Central Station to Lower Manhattan and Taxi (same as Taxi Van) came out cheaper. As you can see below, the estimated price for a van taxi for this trip is $17.21 vs Uber XL which is $20.43 plus the potential for surge pricing. For longer routes these two prices would only get farther apart as Uber XL's metered per mile fee is more than a Van Taxi Cabs. 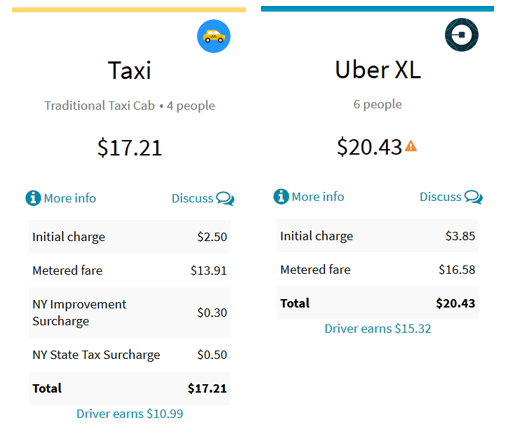 Next we tested out the fares in Boston, MA by completing a route from Logan Airport to Fenway Stadium. Again Traditional Taxi Cabs came out cheaper than Uber XL by about $3. And remember once again, this was without any Surge Pricing that Uber could activate at any time. 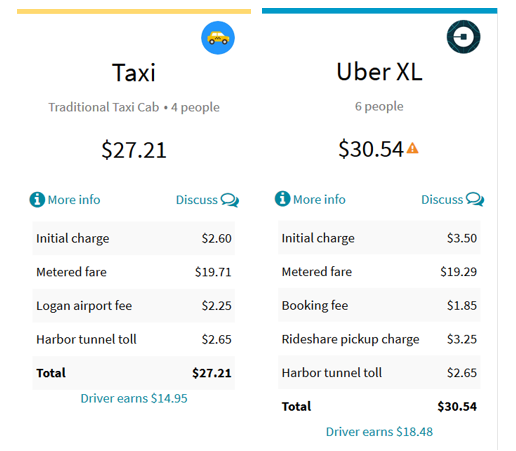 Lastly, we compared Van Taxis and Uber XL in Chicago, Seattle, and Detroit and each time Taxi won over Uber XL.

Though in Miami and San Francisco we found that Uber XL was actually cheaper than a van taxi!

Test out your route on RideGuru to see if taking a van taxi is more economical than Uber in your city, it may save you some travel cash!