Teens headed to homecoming say Uber driver told them to get out due to age [AJC.com]

This is sure to stir up some discussions with strong voices from both ends.

"Teenagers in Gwinnett County say they were on the way to their homecoming dance when an Uber driver found out they were 16 years old — and made them get out of the car.

The four teens were essentially stranded at a busy intersection, near the corner of Grayson Highway and Hillside Drive in Grayson, according to Channel 2 Action News. Uber’s rules do not allow people under 18 to ride without an adult with them, but the students’ parents told the news station that the driver made the wrong decision by making them get out.

"“They could've gotten robbed. They could’ve gotten kidnapped,” said Lucille Robinson, a parent of one of the students.

Another parent picked up the teens and took them to the dance at Grayson High School." 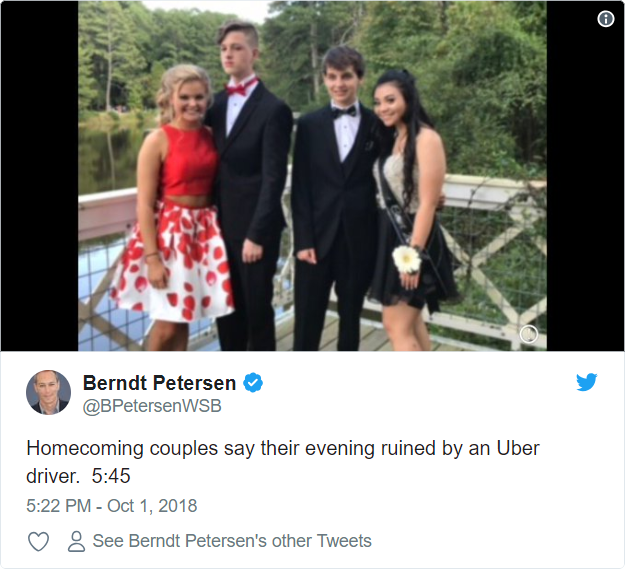