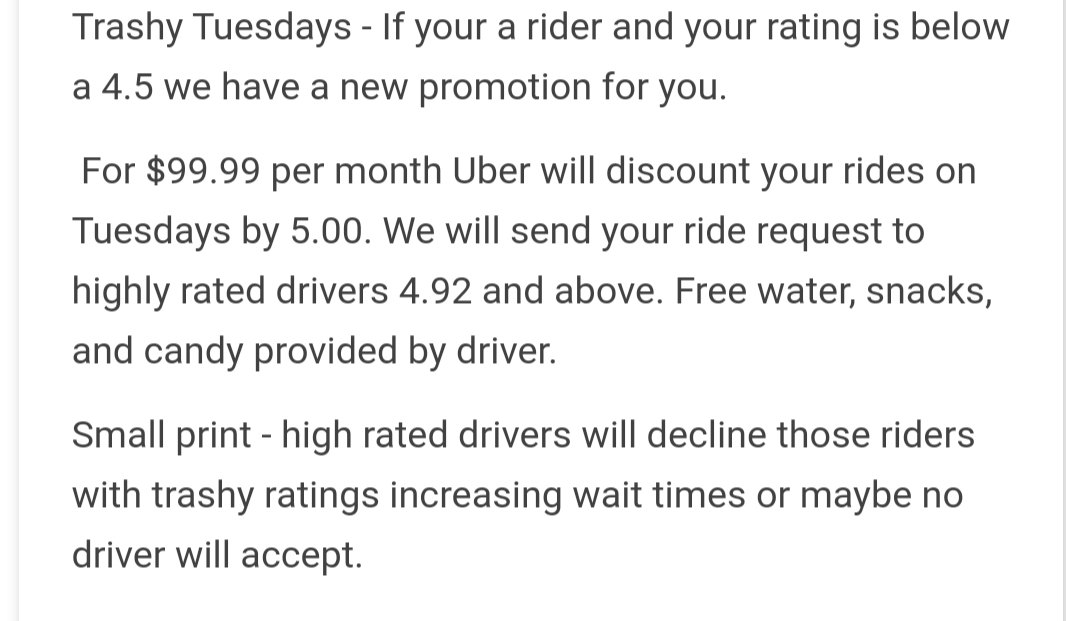 I had about 25 pings today. One was a 5 star (probably their 1st ride). The rest of the ratings ranged from a 4.1 to 4.51. I did take an XL 45 min trip, although I didnt see the rating initially. I pulled up to a young teenager, his young sister, and his younger brother plus 4 suitcases, 4 backpacks, and a bag. Mom & dad didnt come out until we were loaded and ready to go. Took them to airport and the subject of ratings came up. He asked what his was and I replied "it cant be bad or I wouldnt of accepted" and just smiled.  I pull it up and it was a 4.51 not the worst but not that good either. That was a rough one to try to get out of. Lol I said I've seen much worse drivers can be tuff with the ratings.I also said drivers would lose their job with that rating:)  He just laughed. I did tell them to have a safe flight and he had a nice family. However I did get a 10.00 tip on the app. The rest of the day nothing over 4.5. WTH is Uber doing. I thought they were deactivating these riders? Probably dont deactivate them until they are at a 2.0. UBER STOP sending me all these low rated pax on Tuesdays. Get rid of Trashy Tuesdays please!