Does It Really Matter Which Rideshare App You Use? (5 Reasons It Might) 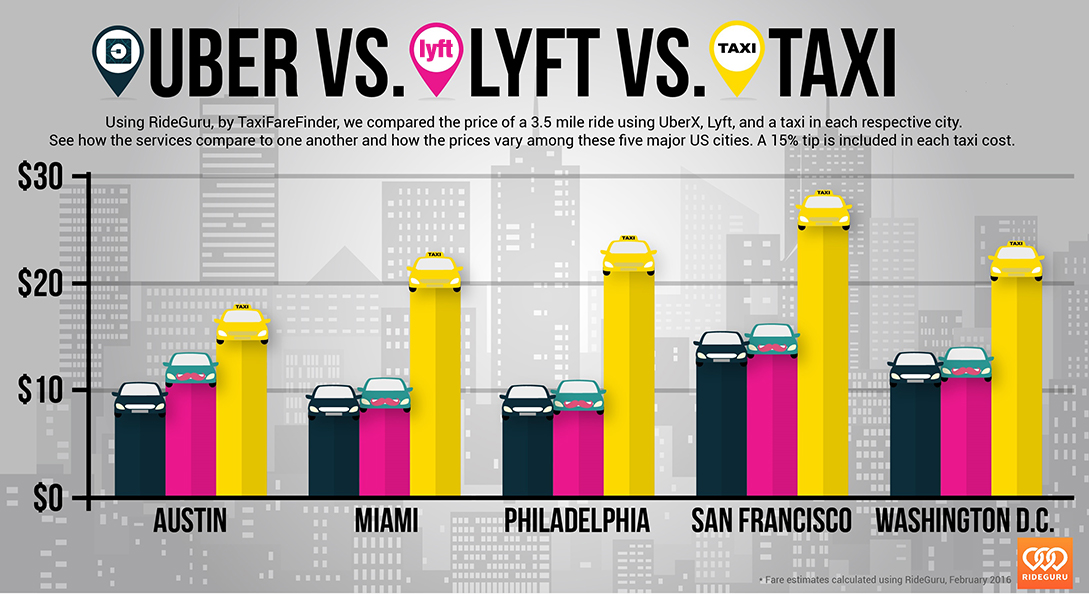 When you’re selecting the right rideshare app for you, there’s a variety of different features that may direct your steps towards one app versus another. Yet, if you don’t know the differences, you may be missing out on the perfect ride. And if you’re still asking, does it really matter which ride share app I use? Here’s why it might!

This might be the number one factor that comes to mind when selecting a ride—how much does it cost? You open up your app, you put in your destination, and you want to know how much it’s going to cost to get there. Uber and Lyft are the two most popular ridesharing apps that both provide fare estimates. Yet, both unfortunately can hit riders with surge pricing in their fare estimates, which means that the price rises significantly when there are lots of riders in their vicinity requesting rides (rush hour, holidays, parades, etc.). This is where other rideshare apps might be to the rider’s benefit. Apps like Flywheel and Gett are two apps that never charge surge prices. To get a fare estimate for your trip check out our Fare Comparison Calculator.

This is a new safety feature within the app that has Uber winning the rideshare game. They recently added the ability for riders to send their estimated time of arrival to friends and family members, so they know exactly where they are. With some of the issues surrounding rideshare safety, this is something that creates an additional bonus for anyone wary about using rideshares (and Uber specifically)!

3. Request a ride for someone else

This is the feature we’ve all been waiting for. Have you ever tried to explain to your mom or grandma how awesome ridesharing is, but they just don’t understand how the app works? You probably have up, but at some point in the future, they needed to call a car when there wasn’t a cab available. You wished that you could do it for them, but you couldn’t give them your phone because you weren’t with them or couldn’t go with them and the logistics of trying to call them an a rideshare just didn’t line up. It was a mess. Finally, Uber saved us all by making it possible to request a ride for one of your contacts. Now you can easily call the ride and pay without having to think twice. It really is that easy! All the other rideshare apps just need to get on board.

Splitting the fare within the app is a convenient feature when you and your best buddies all pile into a rideshare after a night out. Yet, Uber and Lyft remain among some of the only rideshare apps that have this built-in capability. Apps like Zimride and Via don’t allow you to split the fare, which means your party will need to settle up via Venmo or cash.

Have you ever needed to take a rideshare with a group, but you’re all going back to different locations? The calculations of trying to figure out where people should get out, rerouting the driver, finding the closest communal spot is all a nightmare. Luckily, Uber and Lyft have now added an option where you can add and remove stops during your ride. As soon as you add it to your app, they appear instantly in your driver’s.

Now, keep in mind that you can’t do this during the carpool option. That said, it’s pretty darn convenient when you realize people are going to different spots mid-ride. You’ll be able to alter your route almost as if you were driving yourself!

Finding the perfect rideshare option comes down to your personal preferences as a rider. The price, safety features, number of riders, and destination are all elements that come into play when you’re selecting your perfect app. Check out the RideGuru Fare Comparison Calculator to see which app is best for your needs.